The East District Council is the City’s preferred way to communicate with neighborhood groups in several parts of our area. For better or worse, I chair the Council this year (but am kind of hoping YOU might want to do so next year).

The Monday October 8th meeting has (uncharacteristically) TWO very interesting topics which should bring you to the meeting, which is 5:45 to 7:45 PM at the Capitol Hill Library (upstairs meeting room, 425 Harvard Avenue East)

2) At 6:30 PM Program Manager Therese Casper will describe how we (as groups or individuals) can apply for “Bridging the Gap Neighborhood Street Fund” money for large transportation projects:

The Neighborhood Street Fund Program pays for neighborhood transportation projects which are identified and prioritized by the community itself.  The funds for this program come from the Bridging the Gap (BTG) transportation levy passed by voters in November 2006 which expires in 2015.  The levy has $4.5 million in funds to cover planning, design and construction of a third (and final) round of projects.

Projects will be considered if they are large, but not too large ($100,000 – $750,000), related to transportation, entirely on existing public right-of-way and have the support of their local neighborhood District Council.

At 7PM we’ll revert to the usual dull but important business of District Councils, but you’ll be polite enough to stay, see what we do, and decide if you want to help us make it more interesting and more riveting. 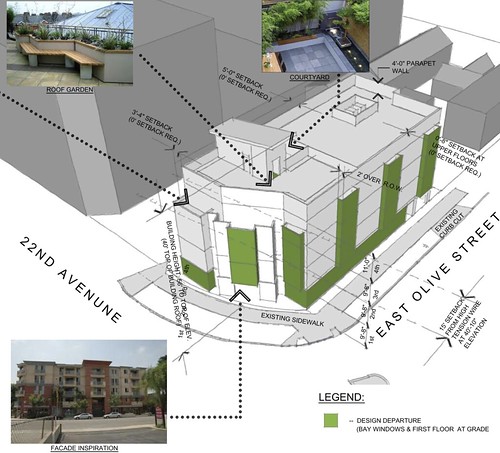 This is for an “apodment” style building with many small apartments with only bicycle parking provided on site (previous CD News article, with many comments). BTW more here on CHS about “micro-housing“.

“Early Design Guidance application for a four story residential building containing 45 units. Parking for 12 bicycles will be provided. Existing structures to be demolished.” 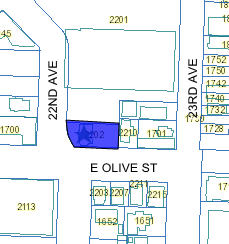 UPDATE: this Design Review hearing is about the design elements of this particular project. There’s a much bigger issue of how the building code regulates these clusters of tiny apartments, and whether it should change. The ever thoughtful Bill Zosel, from the 12 Avenue neighborhood, summarized these issues in a comment recently.  And this comment neatly summarizes the parking dilemma: we’re all eager to commute without cars, but most of us need a car to get out to enjoy the countryside that was one of the reasons we moved here. 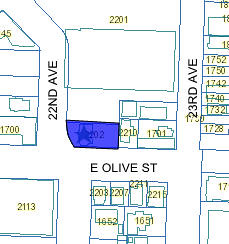 This Design Review Hearing is for a very small lot just south of the Madison Safeway. Proposed building is 45 units in a 4 story building, which will be shorter than the adjacent 6 story Safeway building.

Parking requirements described as  “Parking for 12 bicycles will be provided”. I presume from the large number of units in such a small footprint that the units will be shared kitchen apartments of the “Apodment” type that are springing up around our neighborhood.

Would be interesting to know, from the neighbors  of some of the existing similar type of buildings in the area, whether the residents do indeed typically not have cars, or  whether the buildings do result in lots more street parking.

Design features of the development can be addressed at the Design Review Hearing (Wednesday, July 11, 2012, 8 PM, Seattle University Casey Building, 901 12th Ave, Room 500E – Casey Commons) where the DPD staff member will wearily explain that the meeting is NOT a venue to address parking concerns.

A correspondent who alerted me to this project noted: “This one seems weird – it is NC2 but doesn’t have the commercial listed – they must be assuming that it would be eligible under the new optional zoning from Reg Reform?” 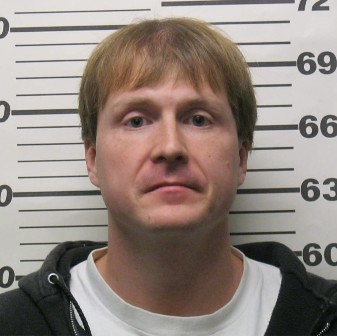 (see also 3/7/12 Seattle Times article: How home-invasion suspect got out of prison sooner)

EDITOR’S UPDATE: A violent sex offender registered as living at 23rd and Dearborn has been arrested after allegedly breaking into a house rented by University of Washington women. Robert Hitt, 34, allegedly threatened the women with a knife and tied them with electrical tape, but police arrived and were able to arrest him.

Hitt was released from prison in January after serving ten years. He is registered as living at 23rd and Dearborn.

Beard, a 19-year-old sophomore, was awakened around 3:30 a.m. Monday, when the man burst into her second-floor bedroom, and Beard, figuring he was a friend of her roommates, yelled at him to get out. He did, and she locked her door, then heard him yell, “Get everyone in the house! I’m going to kill everyone!”

Moments later, one of her roommates knocked on her door and asked Beard to open it. She did and saw the man holding a knife to the roommate’s throat, she said.

He rounded up six of the eight young women who live in the house, forcing them into an upstairs bedroom and ordering them to lie facedown in a row. He bound the wrists of the first three girls with electrical tape, but ran out, Beard said.

He then grabbed a table lamp and yanked out the cord, causing sparks to fly, in an apparent attempt to use the cord to tie up the remaining girls, Beard said.

In the dark, Beard — whose hands hadn’t yet been tied — grabbed the serrated kitchen knife the man had left within reach and hid it under her body. As he searched for more tape, Beard was able to pass the knife to the last woman in the line.

“He was very amateur. He was messed up,” Beard said of the suspect, who she thinks may have been under the influence of drugs.

The woman who had hidden in her room opened the front door for Seattle police officers and directed them up the stairs, Beard said. The officers quickly got Hitt into handcuffs. It was unclear where the eighth roommate was.

The intruder broke through a side window, threatened the young women with a knife, and used duct tape to bind the hands of six of them.

Offender’s name given in article as “Robert Hit”, a level 2 offender.

He completed a sex-offender treatment program and was released from prison Jan. 10 after the Indeterminate Sentence Review Board found he was at low risk to reoffend, according to Chad Lewis, a spokesman for the state DOC. The board could have extended his prison sentence in two-year increments, up to a maximum of life, court records show.

Hitt began community supervision upon his release from prison and had been compliant, completing another sex-offender treatment program last Thursday, Lewis said.

Visit the DPD website for full details.  Application to allow one single family and one 2-unit townhouse structure (three units total) in an environmentally critical area.

Note: “This comment period may be the only opportunity to comment on the environmental impacts of this proposal” 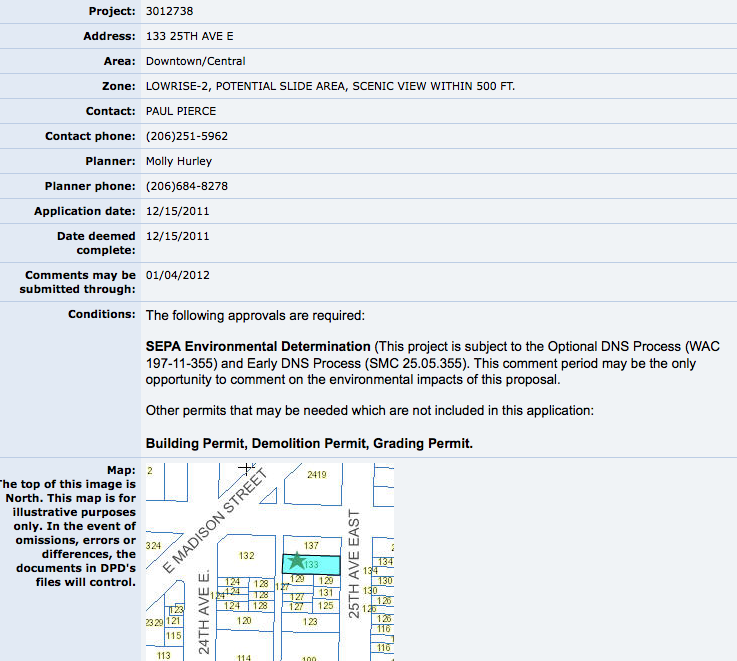 Reminder that the Seattle Marathon occurs on the Sunday after Thanksgiving, and encircles much of Capitol Hill.

Getting off the hill can be a challenge during the event.

Going north on 23rd to the University District or getting to I-5 via the Roanoke onramps won’t work. Accessing I-5 via Madison, Denny-Steward-Yale (southbound) or Olive (northbound) will work.

EDITOR’S NOTE: Lake Washington Boulevard will have lane closures from 7:45 a.m. to 1:45 p.m. There will also be some restrictions in Madison Valley until 2:15 p.m. See map for more information. 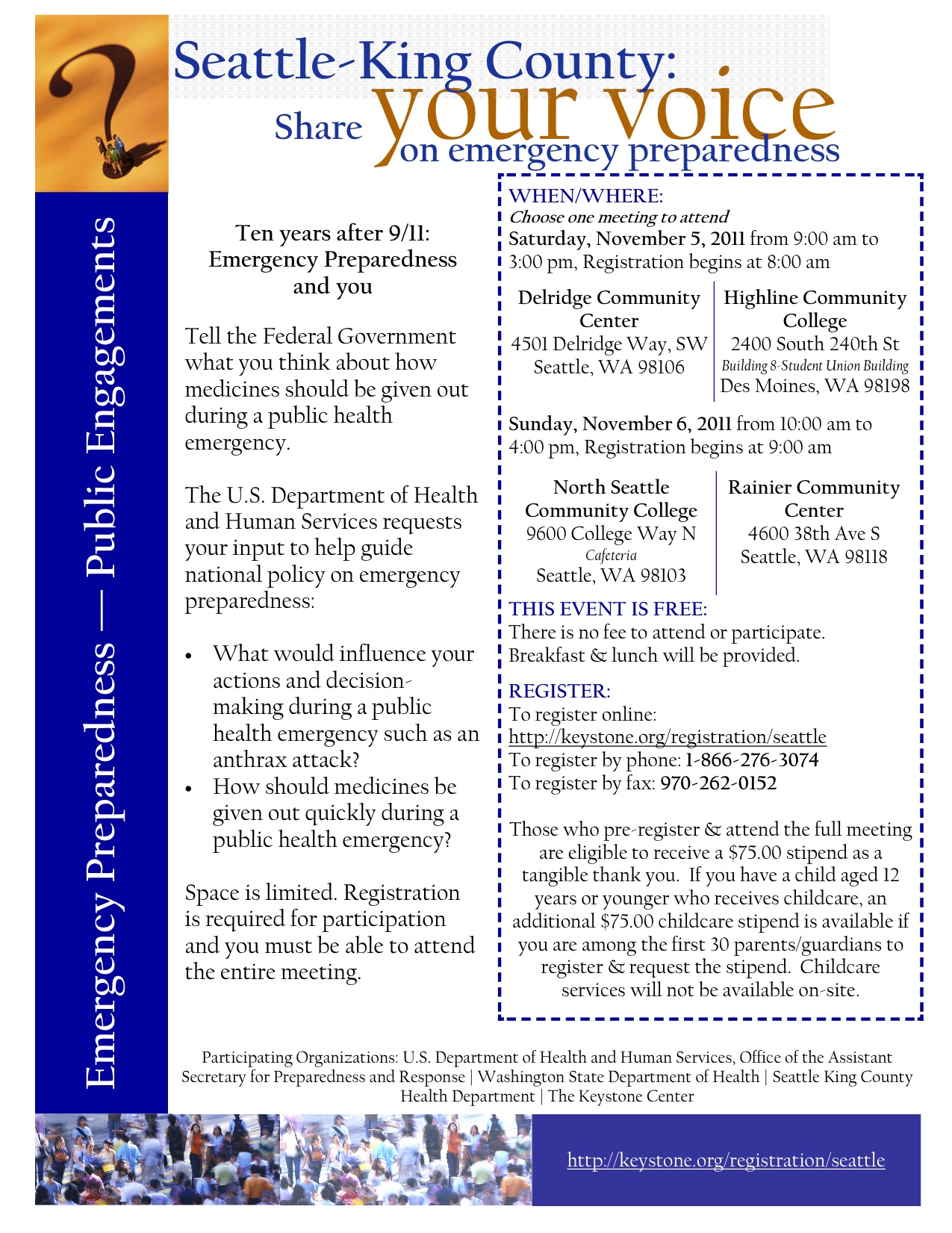 I noted recently that the CD was missing from the Seattle Bicycling map.

Commenter Steven and I (and others?) wrote to SDOT and got this speedy and helpful reply: 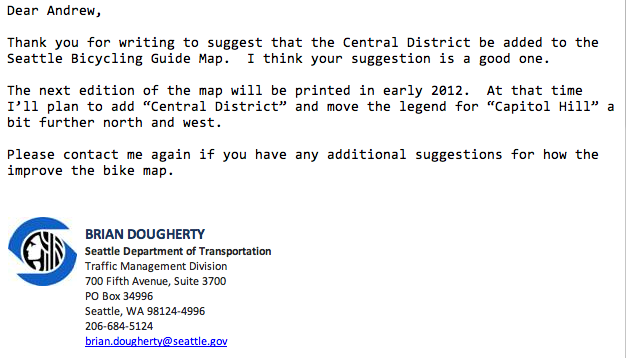 Just picked up a copy of the 2011 Seattle Bicycling Guide Map, and couldn’t help noticing that the Central District is not on the map anywhere. 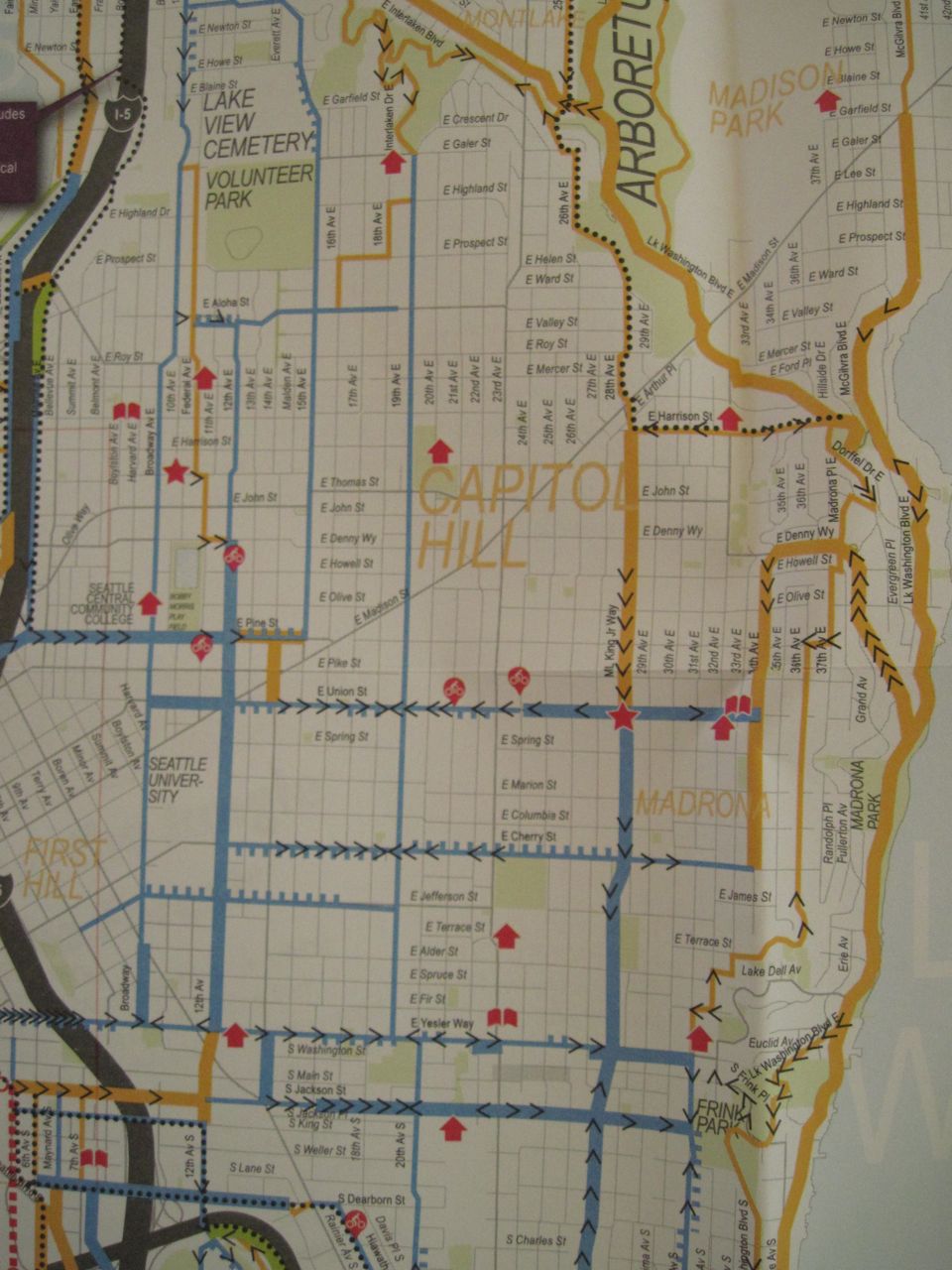 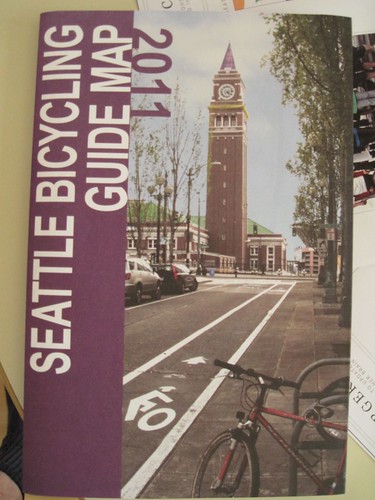 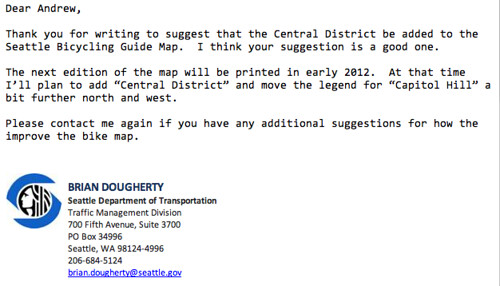 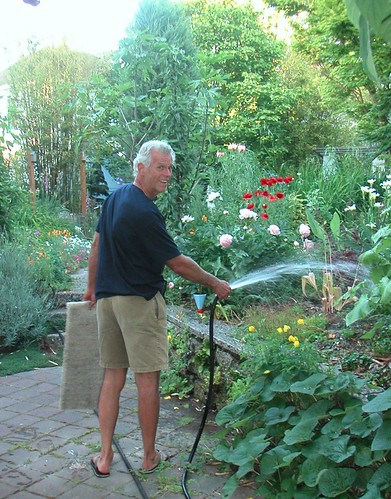 Potluck celebration of René Soulard’s life: René was a founder of the Miller Park Neighborhood Association, a local builder, a Jackson Place landowner, and always looked out for the good of the community. He was seriously considering starting a hardware store in the Central Area.

Place: Miller Community Center, 330 19th Ave E., Seattle, WA 98112.
What to bring: The organizers are trying to “seed” the potluck by requesting that different groups bring different categories of food. You are invited to bring salads and side dishes with serving utensils.