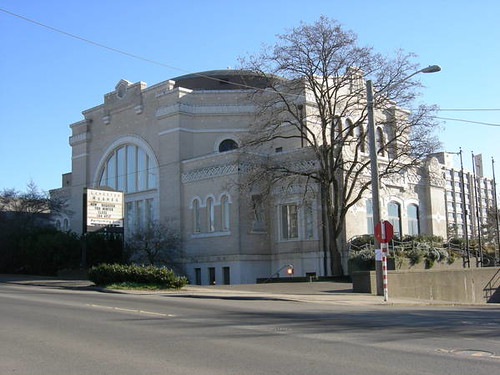 The ongoing debate over the mission and funding model for the Langston Hughes Performing Arts Center played a key role in the summer resignation of the city’s Office of Arts and Cultural Affairs Vincent Kitch, The Seattle Times reports.

As we reported in September, the Mayor proposed some organizational changes to the LHPAC in his 2013-14 budget. Though the budget amount would remain the same for now, the organization would move from the Parks Department to OACA. The Center operates on a $740,000 annual budget, but only brings in $71,000. The Council wants the LHPAC to bring in more of its funding or to consider operating as a separate non-profit.

Though the Times did not get a hold of Kitch, they pieced together some of the biggest disagreements he had with the Mayor’s office through internal emails:

Emails released to The Seattle Times under a Public Records Act request reveal a rocky end to Kitch’s tenure, as he clashed with the budget office over use of admissions taxes and prepared to surprise directors at the Langston Hughes Performing Arts Center with what one member of his staff called “drastic changes” to its mission, vision and funding structure.

“From Kitch’s point of view, he ended up getting into a job that was not what he expected,” said Seattle City Councilmember Nick Licata, who spoke to Kitch about his resignation.

At the center of Kitch’s disagreement with the mayor is Langston Hughes, a historic, African-American-focused theater and community center in the Central Area. It is the only Seattle theater with an operating budget funded entirely with city money. It is to receive $740,000 in 2013.