This seems to have an emphasis for Southeast Seattle.  However, for anyone who has a concern, this is likely a meeting to attend.  There don’t seem to many meetings on this issue.

You are invited to attend the Public Air Traffic Forum with the FAA and Port of Seattle tonight to discuss all current and future air traffic, noise, pollution, and engagement issues.

All community members affected by increasing air traffic are encouraged to attend this important meeting.

EDITOR’S UPDATE: We have reported on the FAA’s flight path changes previously. The changes could save fuel and shorten flight times by shortening the landing patch for many planes heading to Sea-Tac Airport by guiding them using GPS computers. This could mean fewer planes over the familiar landing path directly over the Central District.

However, the changes have caught some south and west Seattle residents off-guard, and many are concerned about the increase in noise in their neighborhoods.

Below is a poster for the meeting by a group obviously opposed to the changes: 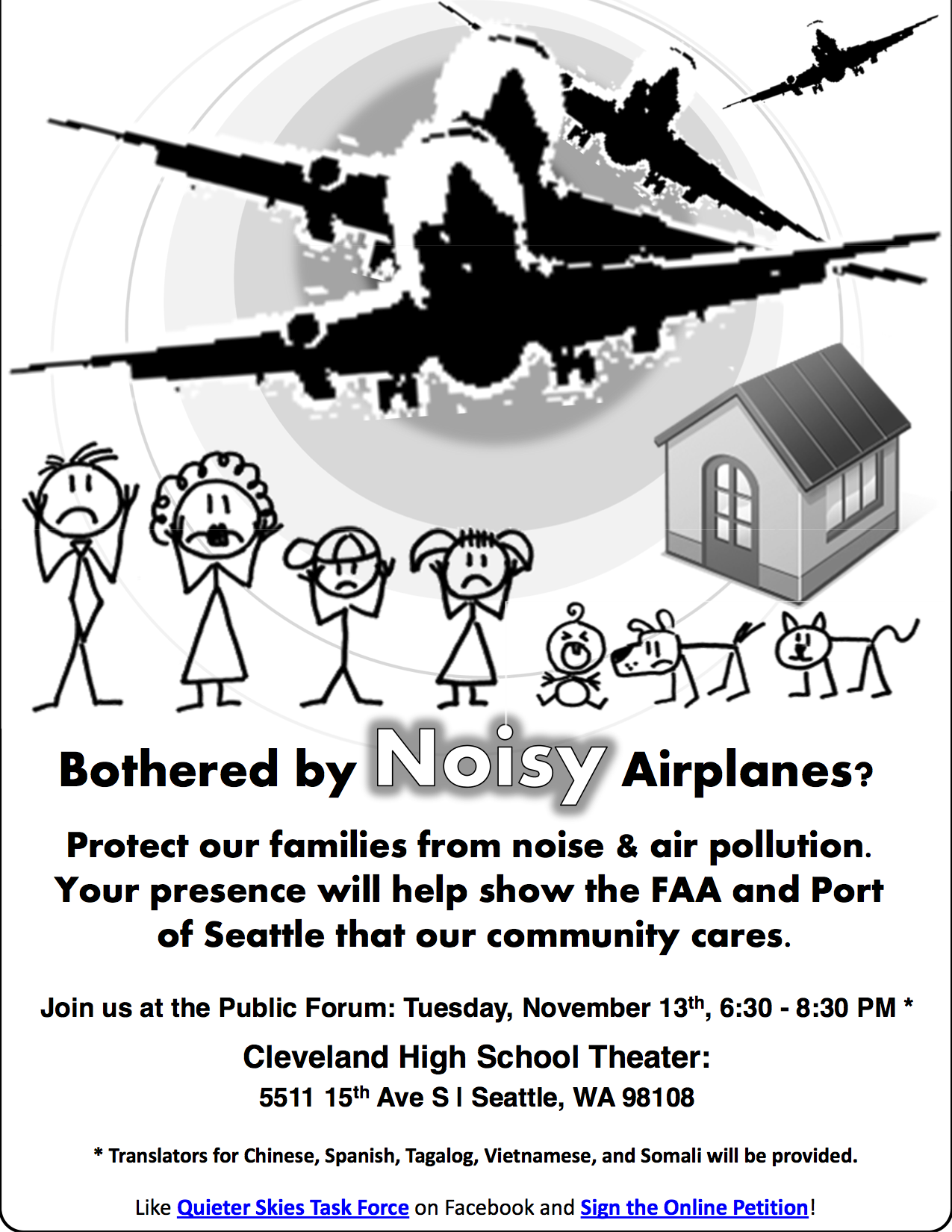