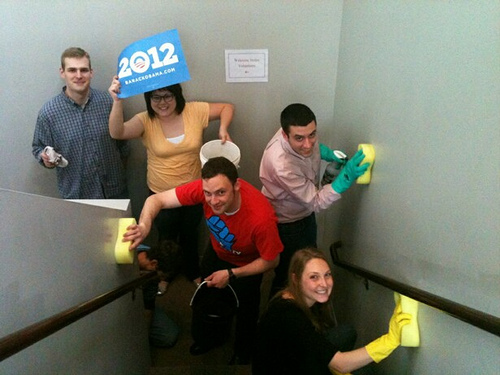 The primary Seattle campaign headquarters for Washington Democrats and gubernatorial candidate Jay Inslee was burgled early Tuesday morning, just 14 hours before the Washington ballot deadline. No word yet if the break-in was political in nature.

Seattle police are investigating an apparent overnight burglary at the Democratic party campaign headquarters in Seattle.

Benton Strong, spokesman for the state Democratic party, said the break-in was discovered about 6 a.m. Tuesday.  He said it’s not clear if anything was taken and said he would not speculate while police are investigating.