Who can guess the word under the white bag in this message scrawled next to the door of 25th and Union’s Cortona Cafe? (It’s probably not “I love”) 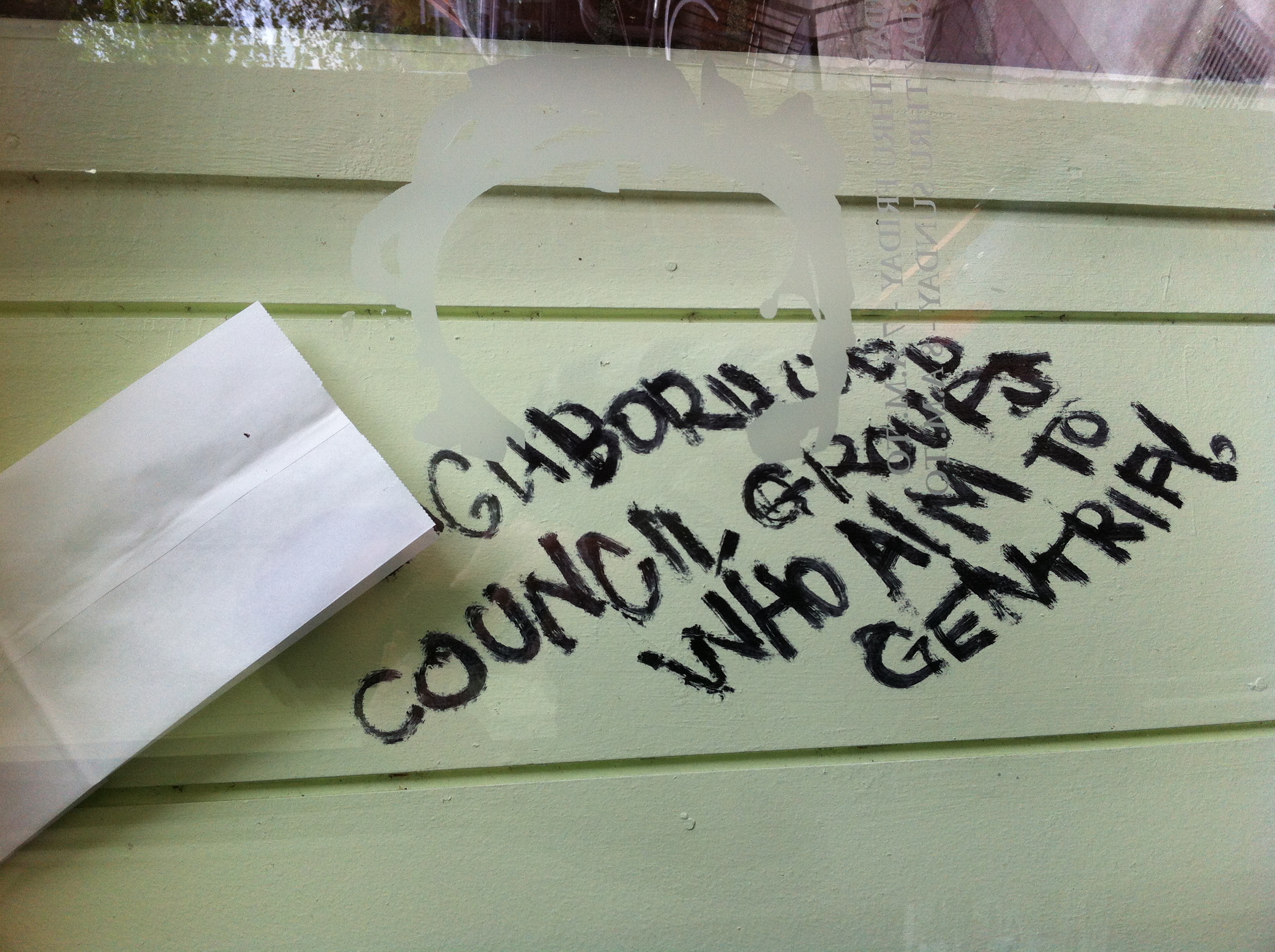 I am a little bit confused by this message. Cortona Cafe (Full disclosure, the cafe was a CDNews advertiser at one time) is a non-profit shop that, aside from selling coffee and cafe food, focuses on providing community space for meetings of all kinds and on job training for youth (see our 2011 story about their changes). The despicable racial gap in employment rates among youth is often cited as a cause of youth violence.

On the other hand, Cortona offers their upstairs space to just about any community group that needs a space. Did this person target them for providing free meeting space?

Cortona has a diverse staff, diverse management and a mission that is specifically tailored to addressing problems in the Central District. In fact, gentrification is exactly one of the problems Director Jason Davison attempts to address. From our 2011 story:

There are a lot of issues affecting teens in the CD, like gentrification, said Jason.  “We want to work with youth that are caught, sort of lost in this phase of transition that the neighborhood is going through right now.” Little and the Davisons also see a lack of positive activities and job opportunities for young people in the Central District. These holes in youth services and outreach led them to want to develop a job training and placement program. With that in mind Cortona Cafe piloted this program last year by hiring two teens to work in the cafe. The teens learned barista and other food service skills and both completed the program and have moved on to other employment opportunities with solid training under their belts.

If people (or at least one person) thinks Cortona is part of the problem, that points out all the more the need for a deeper community discussion about gentrification. We’re clearly not all on the same page about what it is or how to address it. Seriously, someone should organize one. I know of a non-profit cafe on Union that has some space we could probably use.