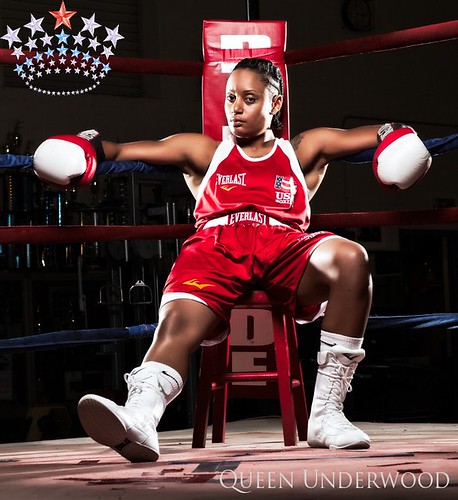 The Queen is headed to London, England to claim what is rightfully hers.

The Olympic Tripartite Committee has picked Garfield grad Queen Underwood for a spot to compete in the 2012 Olympic Games. The five-time national champion came from behind to lose by one point in a key Olympic qualifier bout one month ago, putting her chances at making the Games in peril.

But the Committee decided that they wanted to send the best fighters in the world to London to battle for the first ever Women’s Boxing medals. And the Queen has certainly proven her abilities over the past half decade. From NBC:

Since only one Olympic spot was available for the Americas continental group and fellow Americas fighter Adriana Araujo of Brazil advanced into the quarterfinals, Underwood’s lone hope to qualify for the Games came at the hands of the Tripartite Commission.

In the past, Tripartite Commission selections went to male boxers from countries that were not represented in other weight classes. With 30% of the women’s tournament – which makes it’s debut at the London Games – set to be picked by a committee, AIBA decided to chose the most talented fighters, regardless of country.

The decision ends a difficult month of waiting for the Cappy’s Boxing Gym-trained boxer. From King 5: