The Seattle Globalist is a “hyperglobal” blog celebrating the Seattle region’s international community and many connections to the rest of the world. The Globalist offers a fun, interesting and unexpected take on international travel, culture, development, Seattle’s global-local connection and our region’s diverse communities. 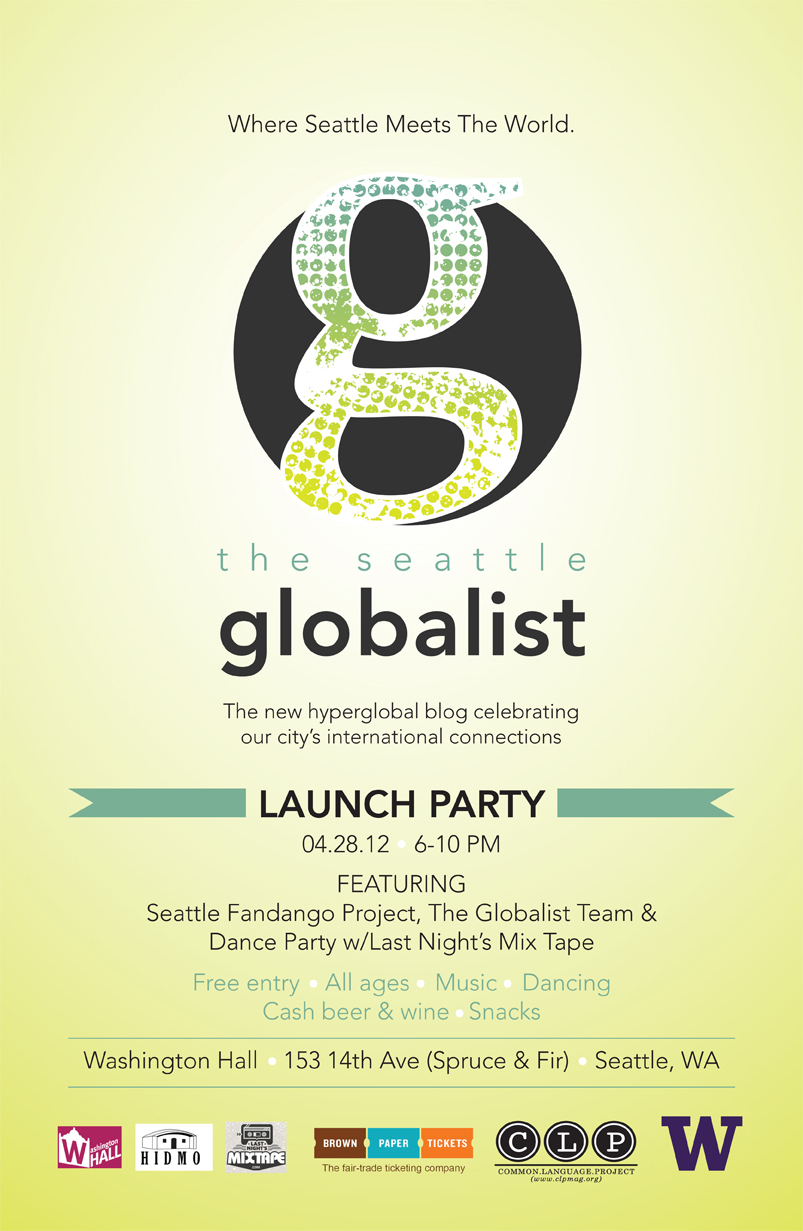 Seattle has been named a hyperdiverse city by the Migration Policy Institute—we have more than 250,000 foreign-born residents, representing every region in the world, and no one country of origin makes up more than a quarter of that group.

The Globalist is a hub for the many people in our region who identify internationally in some way: immigrants, international NGO workers, foodies, travelers—anyone who feels a strong connection to the world outside our borders.

The Globalist covers everything from international foods (like Japanese Fusion Hot Dogs and the best Pakistani food on the east side) and bands (like these five international bands coming to Seattle) to Seattleites’ reflections on traveling in the Middle East as an Iranian Jew or in Las Vegas as a Jordanian-American.

The Globalist has done stories about St. Patrick’s Day, folk music, and human rights in Burma. The site features a community calendar with international events from cooking classes to film screenings, and writers are drawn from Seattle’s tech, nonprofit and journalism communities.

The Globalist is published by the Common Language Project, a nonprofit journalism organization dedicated to covering underreported international news through multimedia, which is based at the University of Washington.

“We have been covering underreported international issues through in-depth multimedia since we got started in 2006,” said Alex Stonehill, editor of the Seattle Globalist and co-founder of the Common Language Project, “but there’s a very high entry point for that kind of reporting. You don’t always have time to curl up with a 10-minute video about Iraqi refugees in Syria or 2,000 words about climate change in East Africa. The Globalist is more accessible. It’s the kind of stuff you want to read when you’re sneaking a minute away from work.”

The blog is co-sponsored by the University of Washington’s Department of Communication, and by Brown Paper Tickets.