A man panhandling near Ezell’s on 23rd was sent to the hospital after a fight with an unknown suspect March 5.

The fight started shortly after 5 a.m. when several people trying to fix a disabled vehicle declined to give the man money when asked. The man then got angry and started throwing garbage at them, according to the police report. The suspect then armed himself with a shovel handle and struck the man several times.

The suspect fled, and medics transported the man to the hospital. 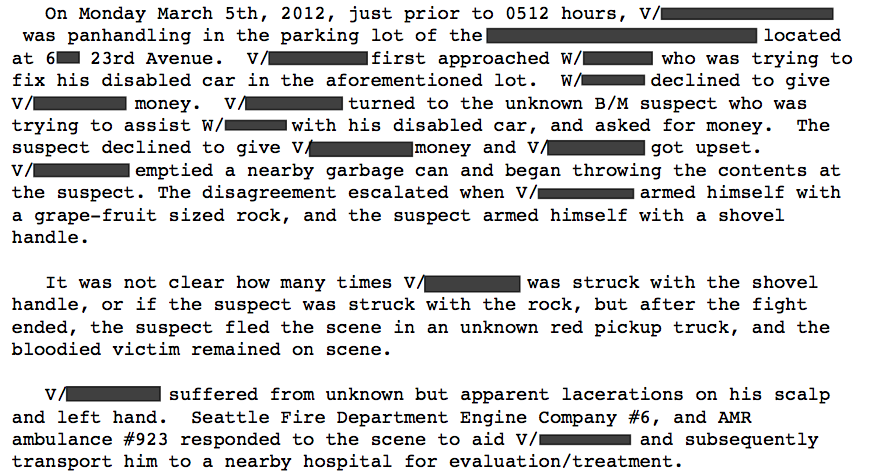