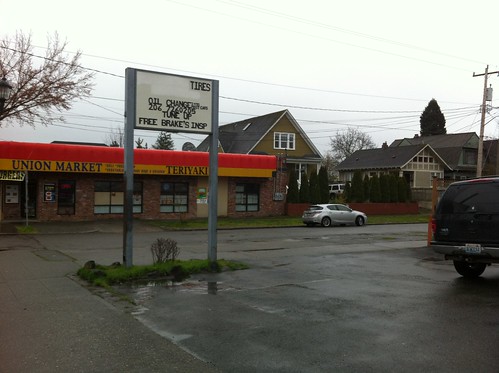 It’s as though they were never there.

Taqueria Tres Reyes at 21st and Union and Taco City USA at 23rd and Cherry have both vanished, and nearby businesses are not sure why.

The person working at the AM/PM did not know why the truck left or where it went, but she was doubtful it would return.

Taqueria Tres Reyes opened in the parking lot of the car repair shop at 21st and Union in May 2011. In September, they added a covered seating area ahead of the rainy season. They got help from their friends at Taco City USA to get started, cook Mareceo Cesekros told me last summer.

Attempts to contact anyone with either business has so far been unsuccessful. It’s not yet clear if the trucks are changing locations or shuttering for good. We will update as we learn more (in the meantime, Toony in the CDNews forum seems to have a theory).

12 thoughts on “Taco trucks vanish on Union and Cherry”