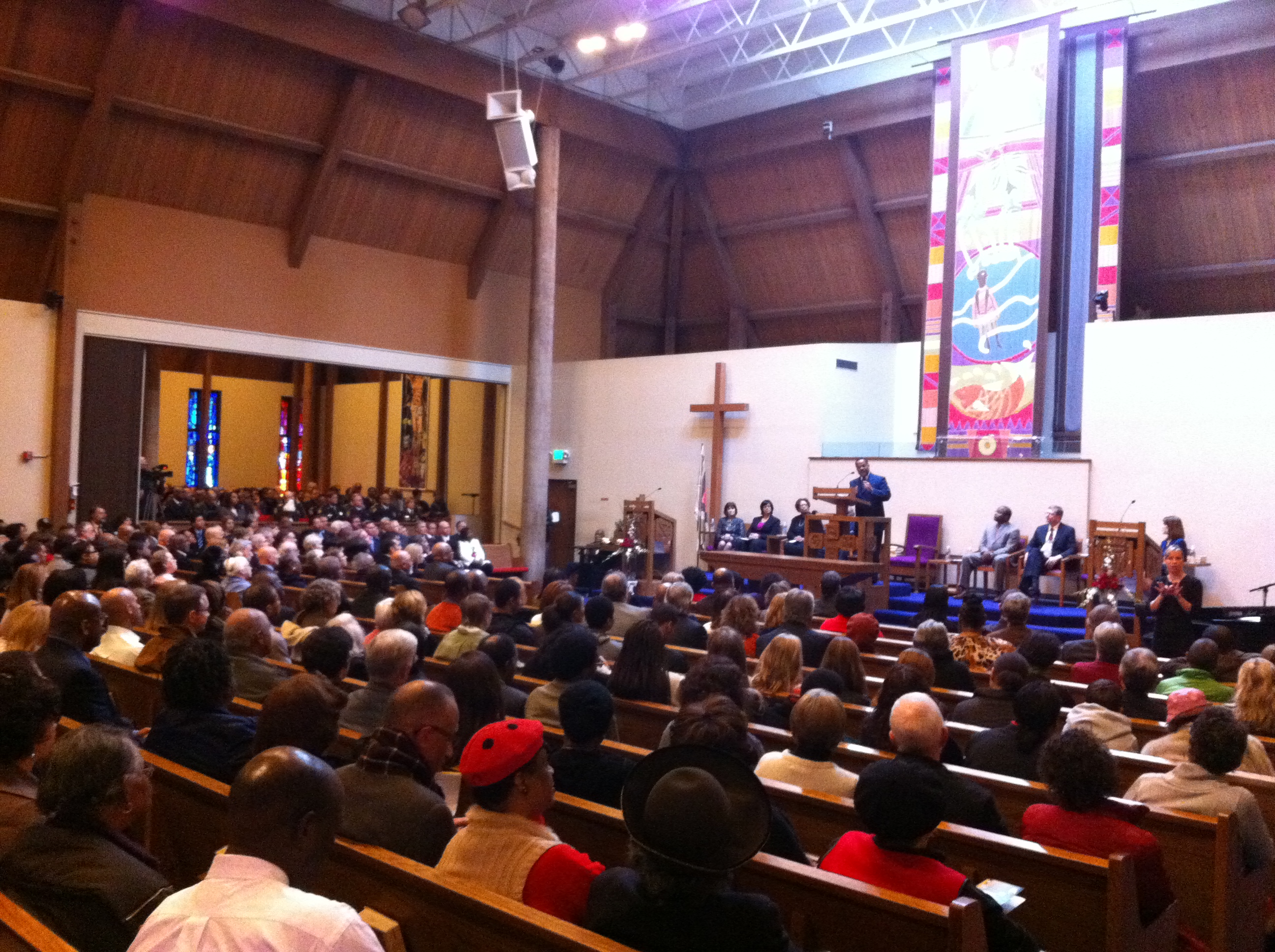 Below is a list of nearby MLK events in the next week. If you know of anything else, let us know in the comments below.

The annual MLK Day rally and march will be Monday. It starts at Garfield High School (see our coverage and video from last year’s march). More information from the MLK Seattle Celebration Committee:

This year we will march from Garfield High School to the Federal Building via Union St. & Madison St. Please see the march route page for complete details. Lunch will be provided FREE following the march in Garfield’s Commons area. We look foward to seeing you for a wonderful meal.

Teens from around the city will march from MLK Memorial Park to Garfield Community Center Saturday. Participants will meet at (MLK and S Walker St) and walk north, touring some of the Central District’s parks named after Civil Rights figures. After Sam Smith, Powell Barnett and Sidney Gerber Parks, the march will end at Garfield Community Center with group discussions.

Seattle Parks created a video to go along with the march:

UmojaFest and the United for Youth Coalition are holding a week of events called PEACE Week.

First AME is celebrating at their 14th and Pine church Sunday:

Join us in the Birthday Celebration of

This year’s Martin Luther King Jr. Celebration features Congressional Gold Medal winner Carlotta Walls LaNier, who in 1957 joined eight classmates to desegregate Central High School in Little Rock, Arkansas. The courage of the Little Rock Nine in the face of violence, hostility, and discrimination catalyzed the Civil Rights Movement and mobilized post-Brown v. Board of Education desegregation of public schools in the U.S.  Mrs. LaNier is the author of A Mighty Long Way: My Journey to Justice of Little Rock Central High School.  For more information, visit our event page.