The city is hosting a discussion about race, social justice and policing January 28 at the Garfield Community Center.

The discussion, titled “Race: The Power of an Illusion” will check in on SPD’s practices and the city’s Race and Social Justice Initiatives. It starts at 9 a.m. and goes until 3. Those interested in attended should RSVP by January 20 by contacting Maggie Olsen at [email protected] or (206) 684-8672.

The city’s sponsored event comes a couple weeks after a planned protest against police misconduct January 14 at 23rd and Union. 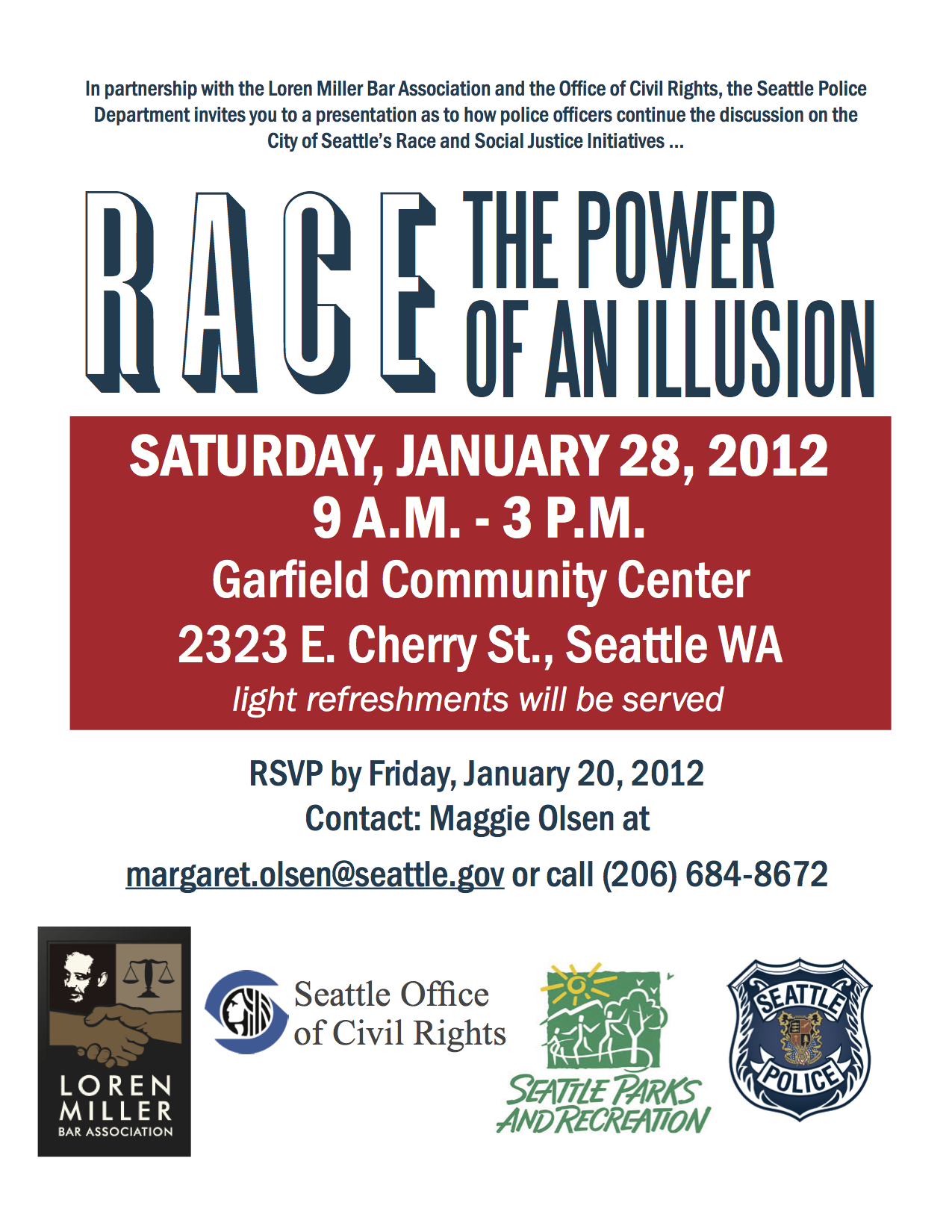 (Thanks for the tip Andrew!)

3 thoughts on “Discussion about race, social justice and police January 28”