Protestors demanding the resignation of SPD Chief John Diaz are holding a rally at 23rd and Union Saturday protesting police misconduct. The rally, organized by members of Occupy Seattle, starts at 4 p.m., and will end with a march to the East Precinct, according to the Facebook event: 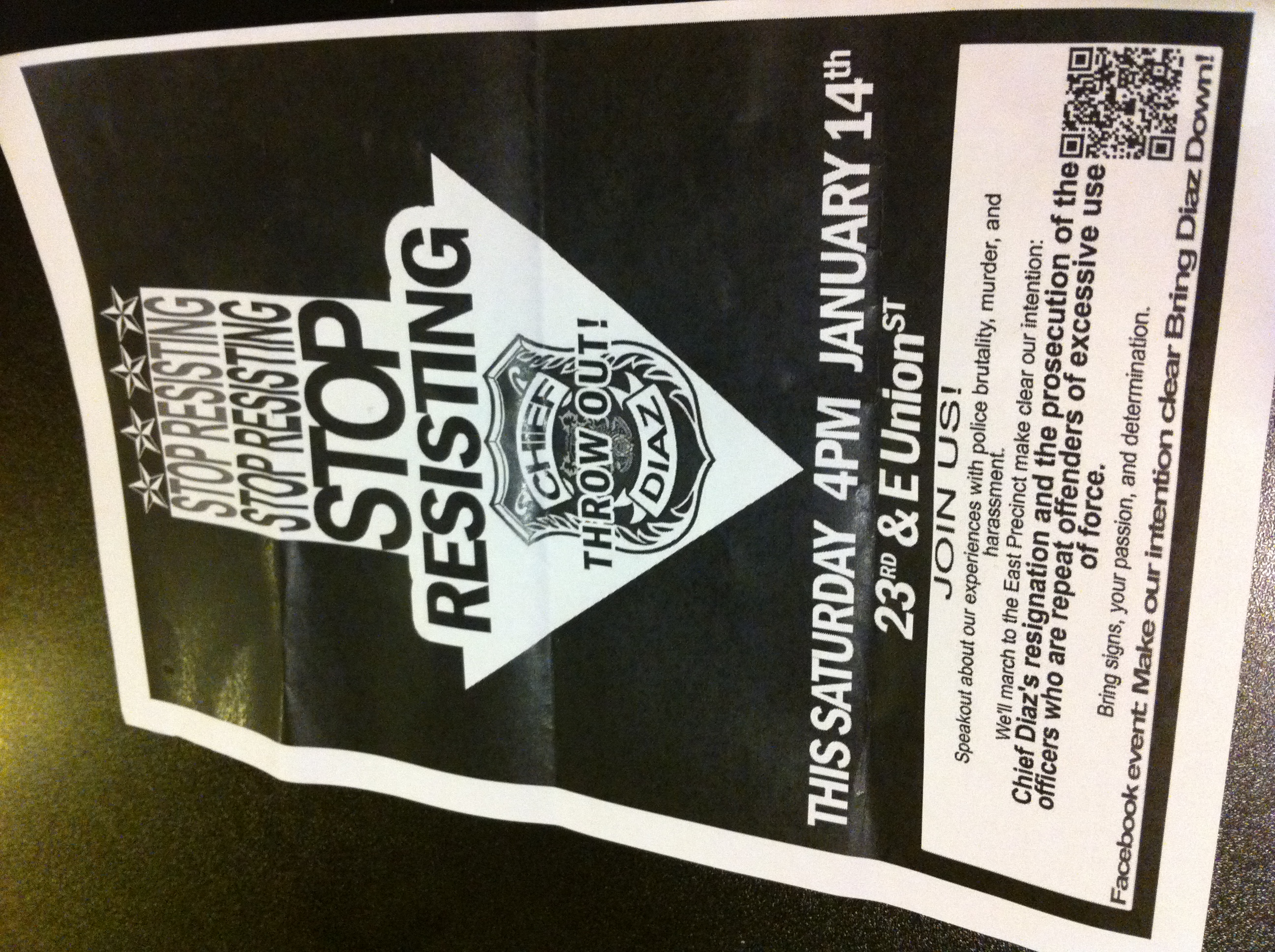 Join us for a speakout and rally at 23rd and Union. Speak about our experiences with police brutality, murder, and harassment.

We will light torches to symbolize holding in honor of our dead, killed by the police.

We’ll march to the East Precinct make clear our inten

tion: Chief Diaz’s resignation and the prosecution of the officers who are repeat offenders of excessive use of force.

Bring signs, your passion, and determination.

Members of Occupy Seattle have independently organized this action.

The rally, which had been previously scheduled, comes just days after people squatting in an unfinished 23rd and Alder duplex were evicted by the King County Sheriff and Seattle Police. There were no arrests in the January 11 early morning raid.

A court ordered the eviction, which came nearly two months after a group of protesters publicly staked claim to the building. As the eviction deadline neared for the house, dubbed Turritopsis Nutricula, residents held an eviction party in which people painted the front of the house with slogans and messages, many of which were anti-police. 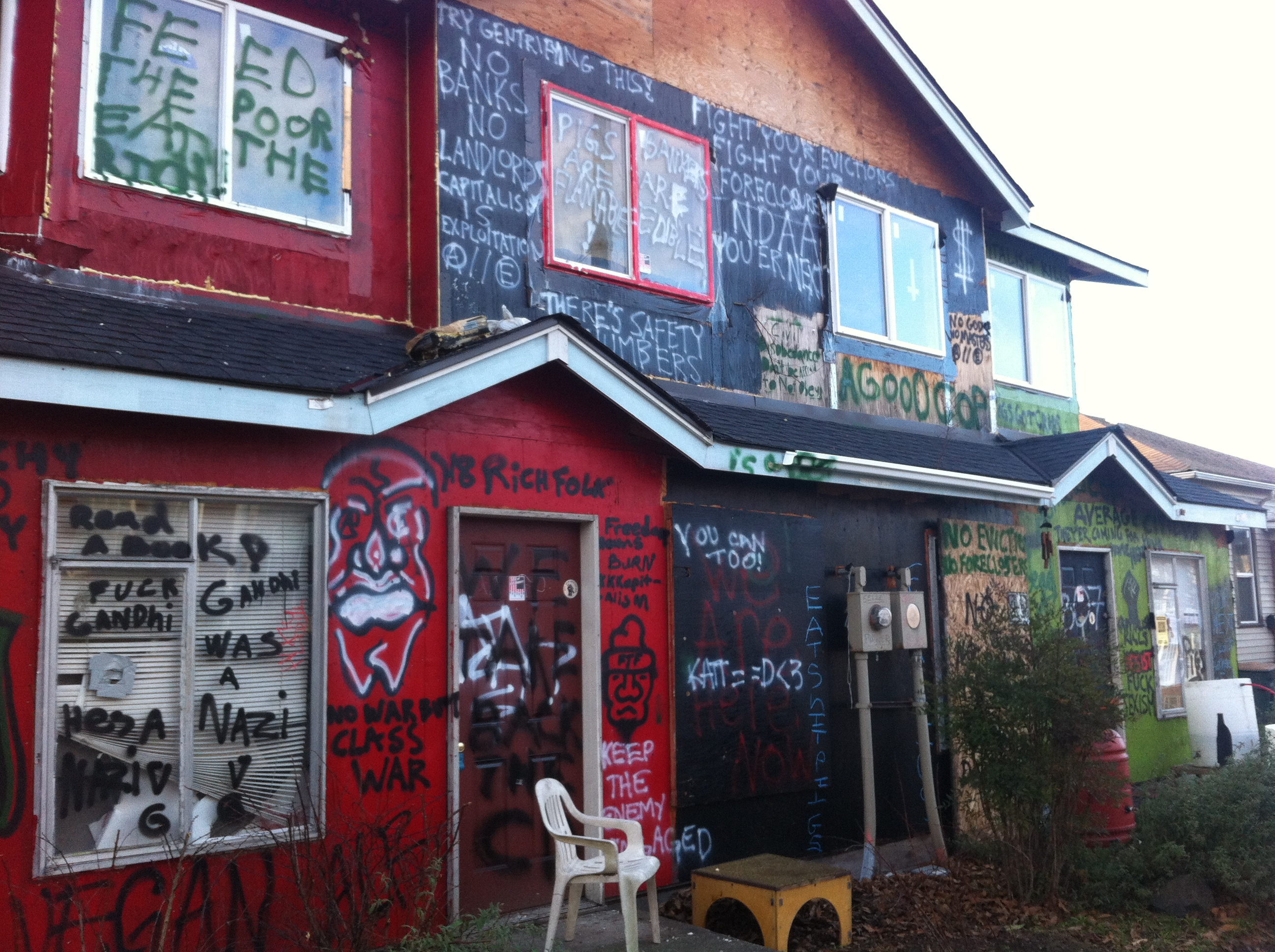 Taken January 10, one day before the eviction

SPD officers raided Turritopsis Nutricula, named after the immortal jellyfish, this morning at approximately 4:15AM by sawing off front door hinges and breaking in the front door. They pointed two shotguns at nonviolent occupants who offered no resistance. Officers forced the occupants to leave without their possessions. Cell phones, sleeping bags and most personal belongings were later dumped on the sidewalk outside. SPD then began a misinformation campaign against the Turritopsis Nutricula occupants and supporters.

In response to the claims that the owner ordered the eviction of a house being remodeled: Turritopsis Nutricula has been vacant since 2006 and left unfinished after remodeling attempts in 2009. The owner of the building had allowed the occupants to stay in the home until being threatened by the city with fines from $100 to $1000 per day. The city of Seattle forced the eviction of the residents, not the owner.