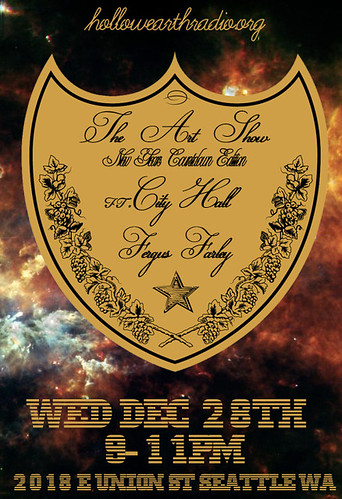 Every month, The Art Show takes over the e-airwaves during the CD-focused Central Sounds show on Hollow Earth Radio. Wednesday’s show at the 21st and Union studio is an early New Year’s celebration, and Andrew Matson at the Seattle Times promoted the show recently, praising it for keeping live hip-hop going in the CD.

There’s barely any live hip-hop in the C.D. these days, where there was a renaissance in the ’80s and ’90s. “Art Show” restores order, somewhat.

As with nearly every Wednesday evening, Central Sounds invites people in the neighborhood to come down to the station and hang out. It’s free, all-ages and goes from 9 – 11 p.m.