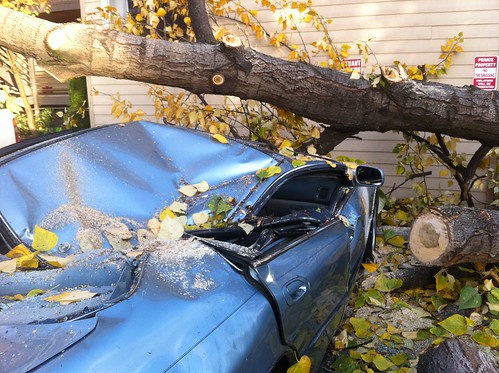 In the middle of Thanksgiving dinner, residents thought there was an earthquake. A loud sound went through the neighborhood and the ground rumbled. But when neighbors and residents near S Main Street and Lavizzo Park went outside, they saw the cause: A very large tree had fallen into a parking lot, crushing and damaging several cars but narrowly missing the multi-story Seattle Housing Authority apartment building at 2035 S Main St.

Though damage to several vehicles will be expensive, nobody was hurt when the tree fell.

“Everyone was inside eating dinner, so nobody was outside in the parking lot,” said Jan Berumen, the manager of the property. In fact, they do not currently believe there is any damage to building despite the fact that the tree was originally leaning toward the structure.

But several residents now have damaged cars, and Berumen says it all could have been avoided had the tree’s owner taken care of the problem. She said she has tried for a year to get the tree taken care of because it was sickly and leaning toward her building.

Unfortunately, she said she has had trouble finding who owns the property.

The Low Income Housing Institute (“LIHI”) recently purchased many pieces of property along S Jackson St to build affordable senior and workforce housing. Over the summer, the Jackson Street Music History Project opened in the vacant lot with the blessing of LIHI.

The property at 2020 Jackson St was purchased out of foreclosure in September 2010. We are working to contact LIHI to confirm they own the property. 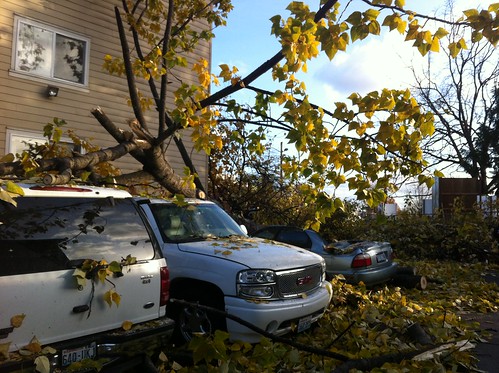 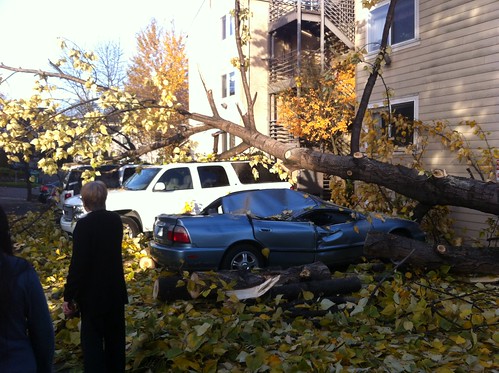 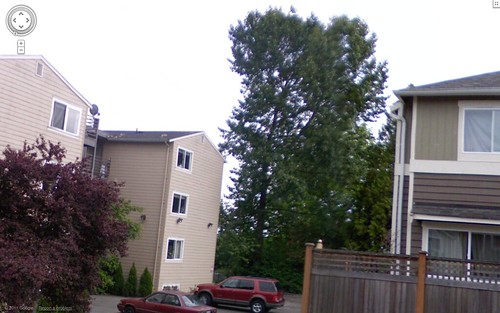