SDOT released its 2010 Traffic Report last week, and it shows that there were two fatal traffic incidents in the Central District last year. The report also reveals where the most people got hit while walking and biking.

The first fatal traffic collision was a 51-year-old woman crossing Jefferson St at 16th Ave May 3 when she was struck by the driver of a Toyota Prius who was turning from southbound 16th Ave to eastbound Jefferson St.

The second fatality was a 36-year-old man on a bicycle who died at 12th and Alder July 28. He was the only person to die while biking in Seattle in 2010. 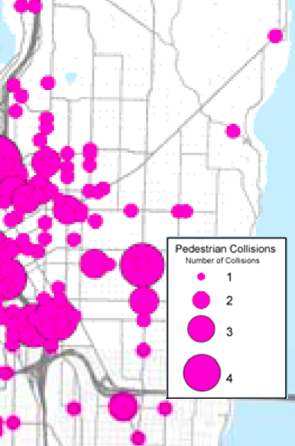 The spots in the neighborhood where people walking got struck by cars is not entirely surprising. 23rd Ave remains the most dangerous street in the neighborhood. At least two people have died on 23rd in the past six years, and many times that have been injured.

Jefferson near Swedish Medical Center and Union near MLK also had multiple incidents in 2010. 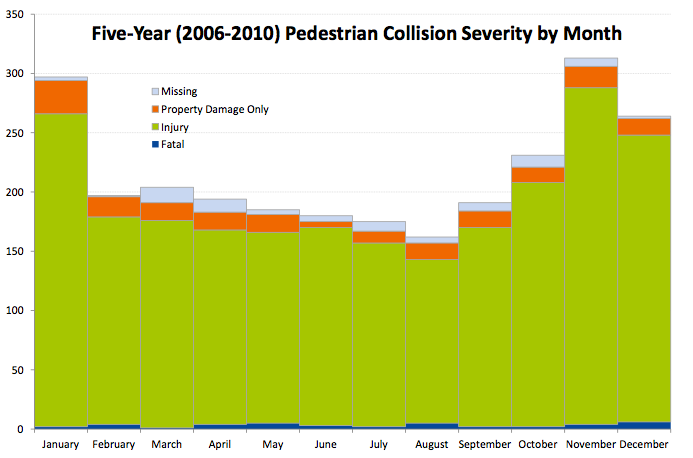 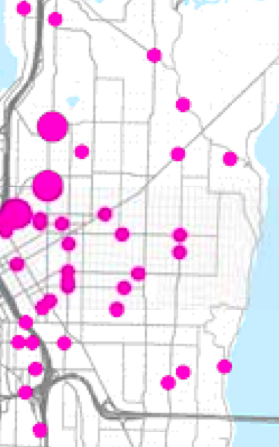 Collisions involving someone biking appear scattered around the neighborhood, though two happened on 23rd Ave. 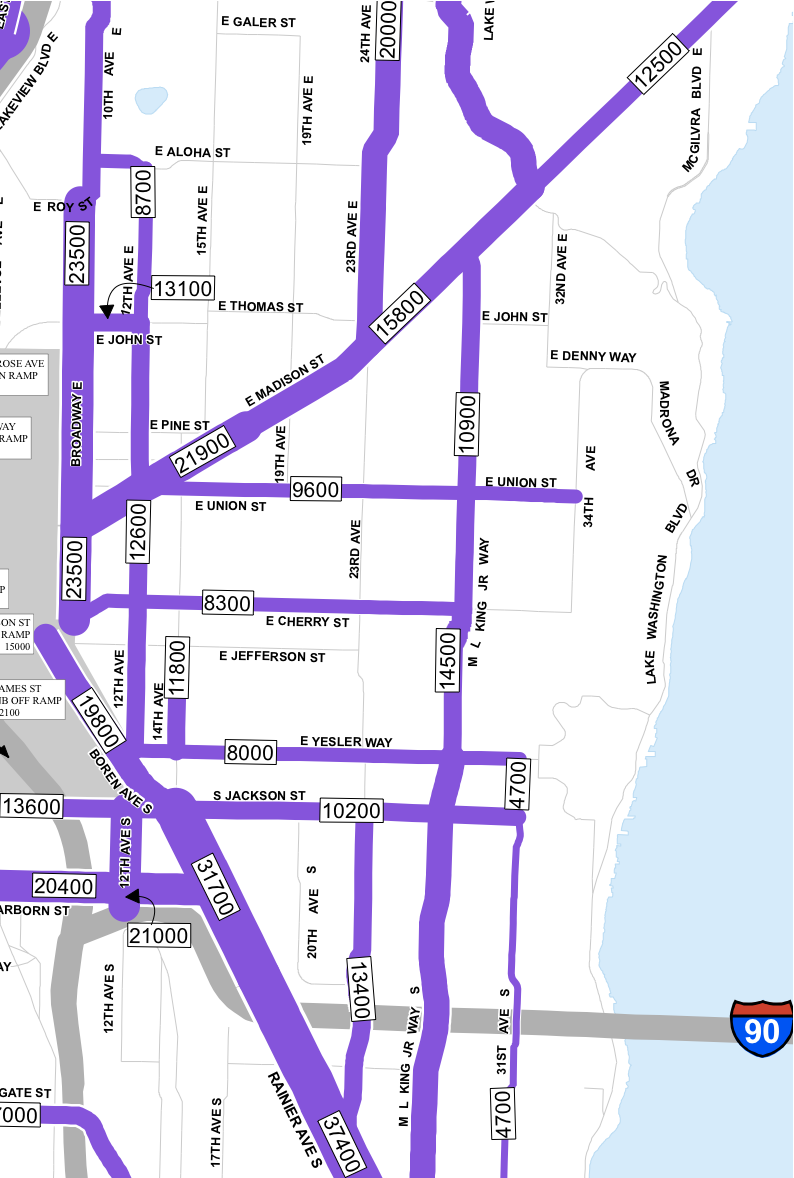 Here’s a map of daily average traffic volumes (cars and bikes combined) on many of the neighborhood’s busiest streets (note that 23rd is not included in the count, but in 2006 it saw about 15,000 vehicles per day). I have argued in the past for a redesign of 23rd to make it safer. Scott made a similar argument last year. It consistently has far more pedestrian collisions than both MLK and Madison St (east of 24th), which carry comparable traffic volumes but have safer road designs.

The city held the first of several forums as part of its first Road Safety Summit last week at City Hall. The next meetings will be in the second half of November (far north and in West Seattle). You can also submit your thoughts on road safety online.