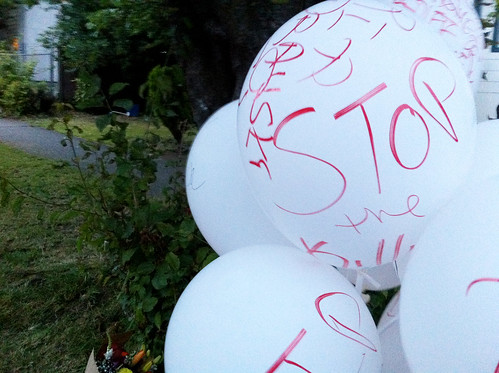 Demicko Chatman was killed on 19th Ave near Yesler in an early morning July 26 shooting. New details suggest that the shooting may have been related to a love triangle Chatman was in, Jonah at Publicola reports.

Chatman was exiting a car around 4:30 a.m. when he was shot several times in the chest. A woman in the passenger seat of the car at the time ran away and flagged down a police officer for help. Chatman was dead by the time medics arrived.

The police are now looking into what role a love triangle may have played in the incident.

The woman told police someone had come up behind the car while they were parked in front of the home, and fired three to five shots.

The woman said she jumped from the car and ran off before she flagged down an officer.

Police records note officers were “suspicious of her answers” about the shooting, and found that at least one of the shots fired at Chatman came from the right side of the vehicle, rather than from behind as the woman had said.

Police documents reference that Chatman may have been involved in a love triangle, and that another man had recently smashed out his car windows and slashed his tires. Records also say Chatman told an acquaintance the other man involved in the love triangle had told Chatman he had a gun and would kill him if he saw him with the woman they were fighting over.