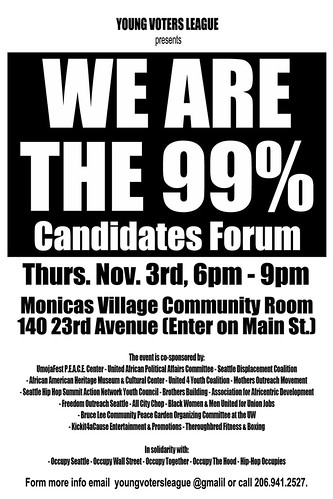 The recent Occupy Wall Street and its affiliated movements have highlighted the dissatisfaction with the current state of electoral politics among young people and many others.  One major criticism of the movement is that there are no clear issues policy objectives.  Others add that if the movement wants to really have an impact that the energy must be translated in to votes.  This forum will allow young voters and those who identify with the growing We Are The 99% and Occupy movements to pose specific questions to candidates related to local issues.

The Young Voters League exists to encourage political participation from younger voters, to facilitate dialogue between young voters and political candidates, and to assist young people in registering to vote and engage political process.