An order on the door of Thompson’s Point of View at 23rd and Union states that the soul food restaurant has been closed due to unpaid taxes and penalties from the State of Washington. The unpaid amounts total just under $14,000, according to the posting.

Thompson’s has had a rough year and a half. Carl Thompson, Jr died unexpectedly in the spring of 2010 at the age of 51. Carl had been a centerpiece of the restaurant since it started serving up North Louisiana-style food in 1986. The restaurant stayed in the family with his wife Gail taking over.

Here’s the notice posted on the door: 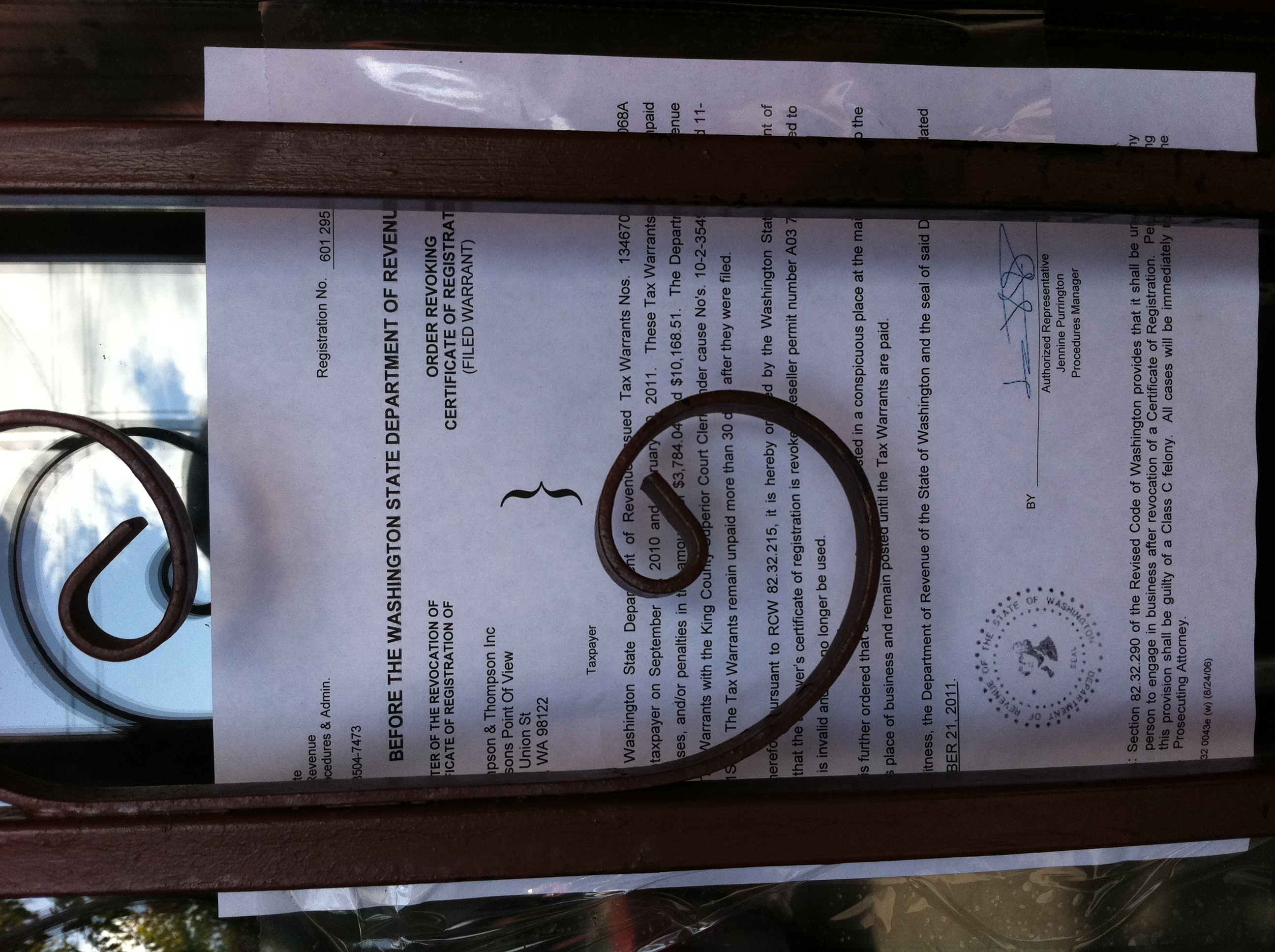