A group of males robbed a woman on Yesler near 23rd Ave September 22 shortly after 8 p.m., according to the police report. One of the suspects allegedly lifted her off the ground from behind while another grabbed her bag, which contained a laptop, clothing, a toiletry bag and some paperwork.

They ran down Yesler to 22nd, where they joined two other males who may have been on lookout. The suspects fled on foot.

More details from the police report: 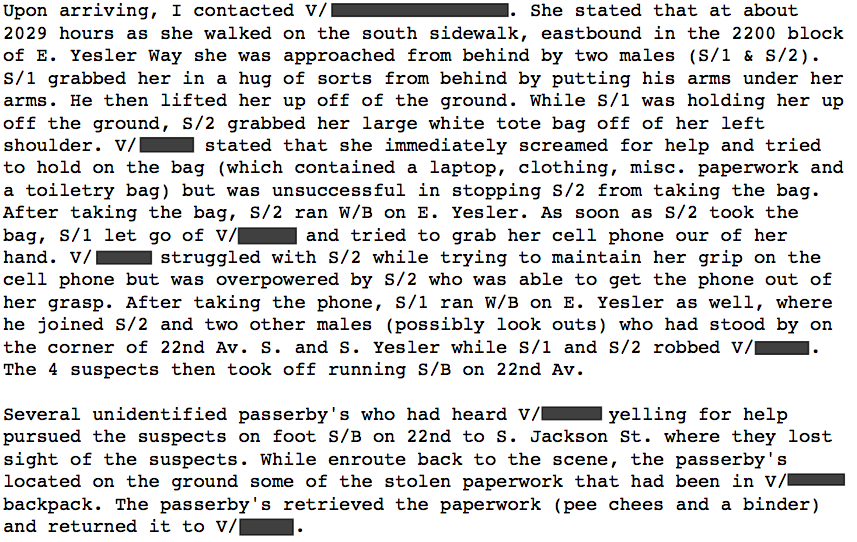 Police are keeping tabs on one potential suspect, but no arrests were made at the time of the report.

Pair robbed of iPod and phone near 23rd and Marion

Two people were robbed while waiting for a bus near 23rd and Marion September 24, according to the police report. One suspect was arrested after he was identified by both the victims. 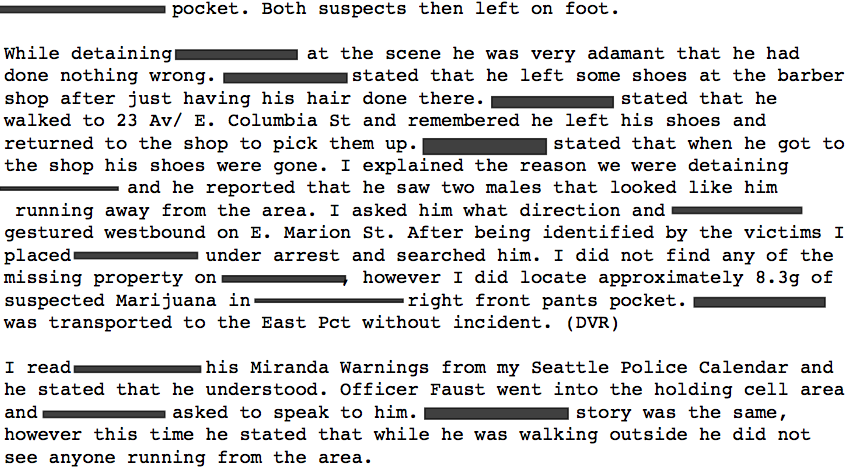