A series of strange thefts on Union have people scratching their heads and searching for answers.

Central Cinema (a CDN sponsor) is on the search for the person who stole their Dune poster. They announced the theft on Facebook Wednesday morning:

They later posted a security photo of the person they say stole it.

UPDATE: According to commenter Andrew, he took the poster for a friend. He apologized and said he would return it.

Meanwhile, the week-old Alleycat Acres scarecrow is missing and feared stolen. There is no evidence the thefts are connected, but they occurred a block apart, likely on the same day. Farmers first noticed the theft when they showed up for the regularly-scheduled Wednesday work party at the 22nd and Union farm, next door to Cappy’s Boxing Gym.

“We’re risking a real-life Alfred Hitchcock story about to happen if we can’t fend off the crows,” said Sean Conroe of Alleycat Acres.

The scarecrow was made by youth as part of a summer program run by Seattle Parks and Recreation.

If you have any information, email [email protected]. 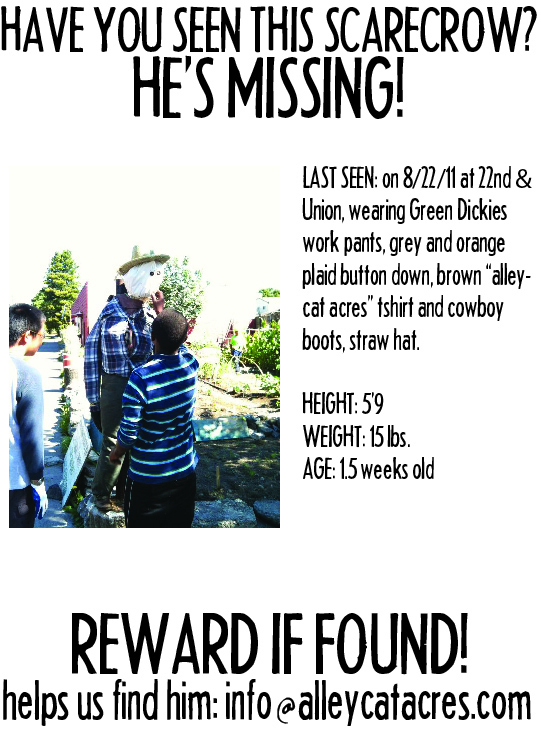