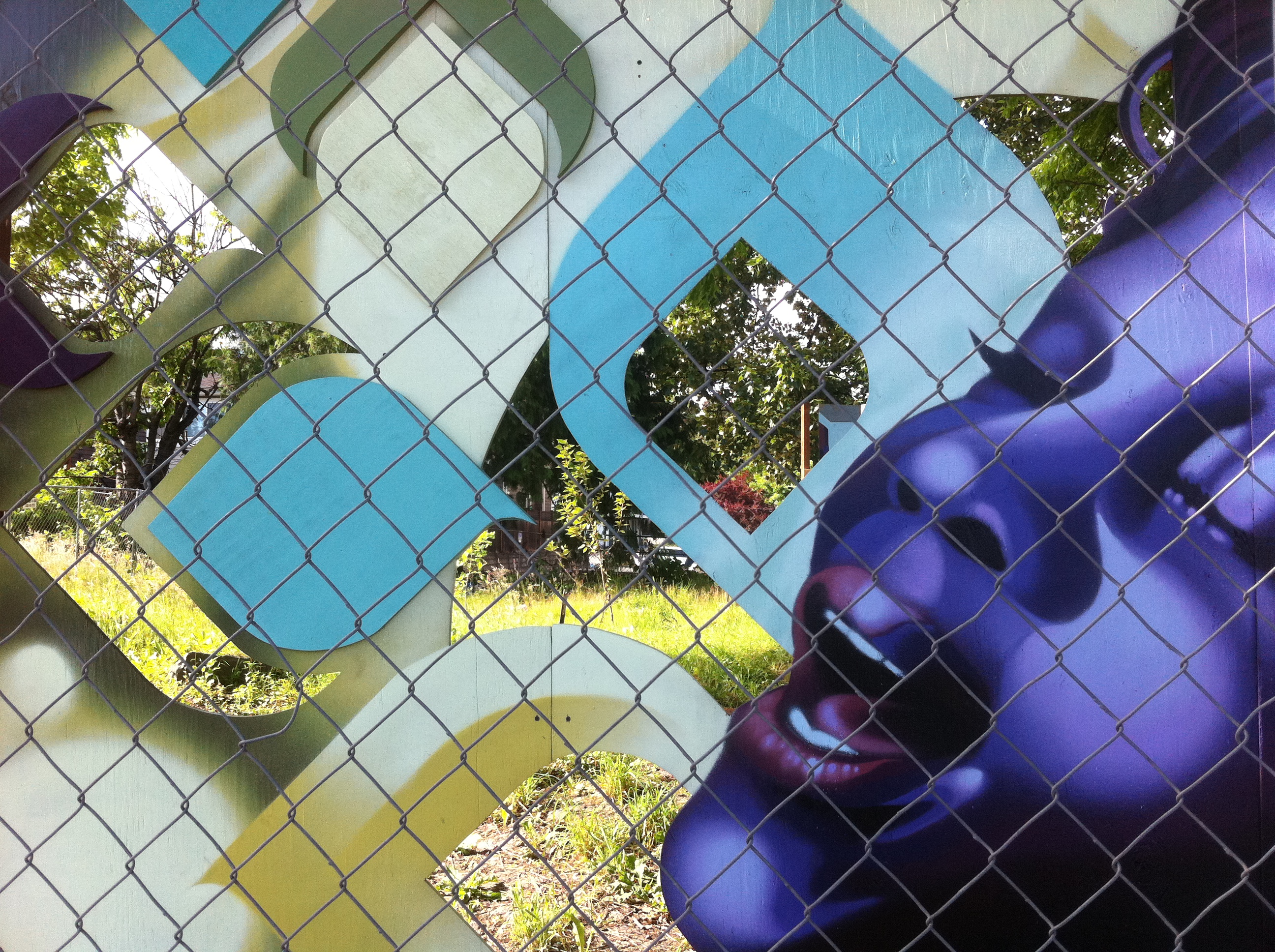 The Jackson Street Music History Project is now up in the vacant lot at 21st and Jackson. Featuring life-sized paintings and photos, the project aims to highlight lesser known yet influential musicians as well as the neighborhood’s well-known music legends.

One of the neighborhood’s empty lots is owned by the Low Income Housing Institute, scheduled to build affordable senior and work-force housing on South Jackson Street in 2013. Curren approached the group about turning some of its unused property into a temporary art installation. They agreed, leased the property to Curren and gave $750 as seed money for the project.

From there, the project kept building momentum.

Casa Latina, a neighborhood nonprofit that matches immigrants with jobs, offered $100, plus volunteer labor to clean up the lot. The Pratt Fine Arts Center said its young students would help with the prints and research a timeline for display.

(Stay tuned for more on that LIHI project) 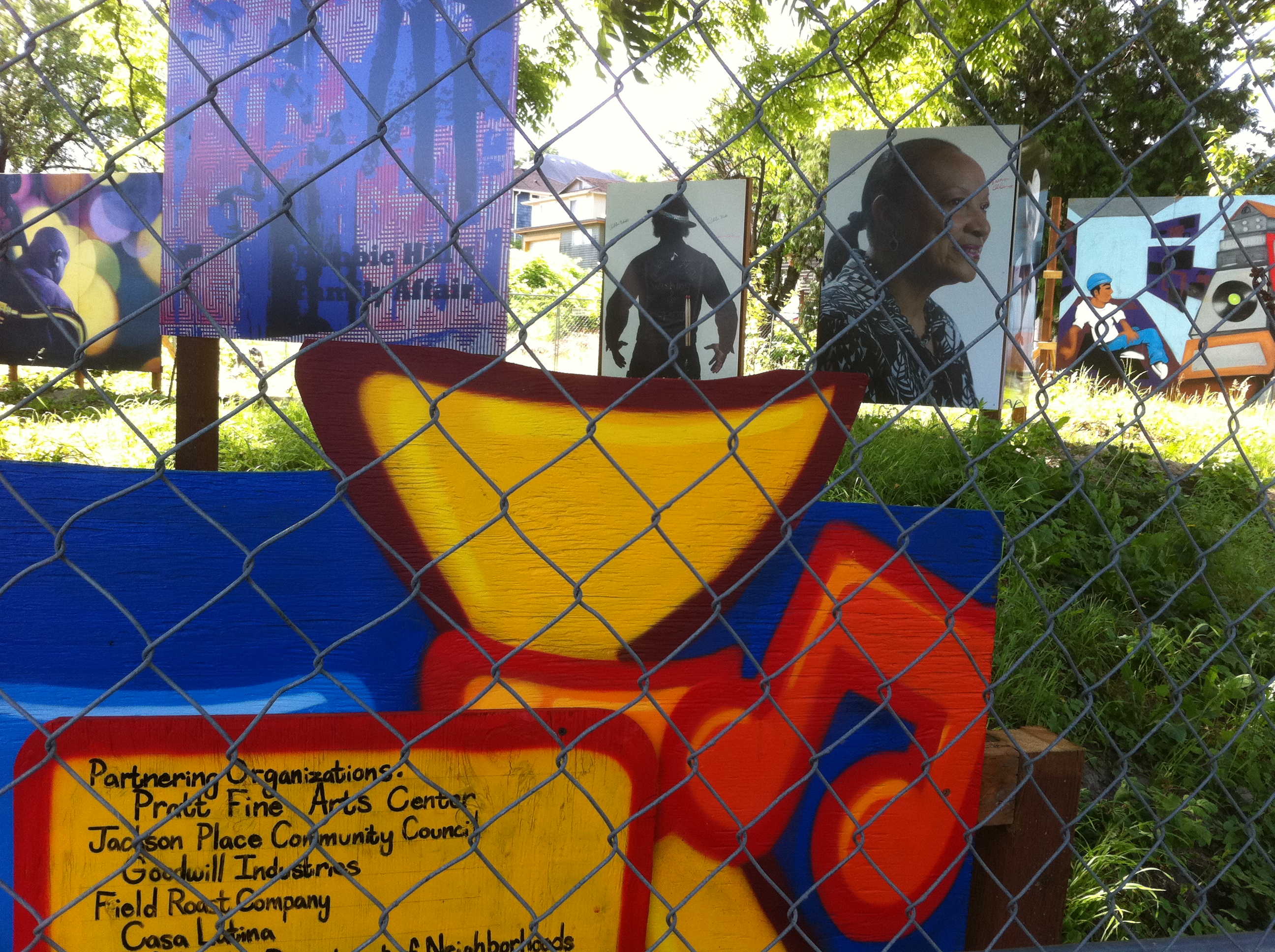 Curren noted that the Jackson Place neighborhood has a history of organizing to protest the arrival of social service nonprofits that make them feel like a “dumping ground,” according to the Times. Protested organizations include Casa Latina’s arrival and, currently, a proposed Crisis Solutions Center to be operated by the DESC.

The Jackson Street Music History Project is a chance for the neighborhood to unite behind something positive, he said.

For more information, check out the project’s Facebook page.

0 thoughts on “Through art, Jackson Place is ‘working for something rather than against something’”