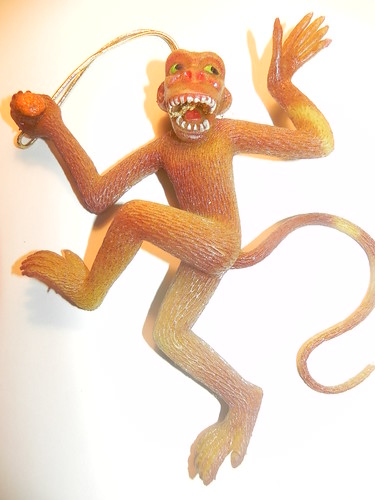 FYI . . . . Interesting reading about factual events. I believe the year is 2011 and this is Seattle.

Every once in a while I come across something that just stops me in my tracks and requires that I take action. This is one of those things, and I hope you’ll join me.

I started hearing from various sources that something weird was going on at Nova, so I approached a friend who works there and asked. They gave me a bit more information and I then asked to meet with some of the people of color who were involved.

They told me that back in the Fall a teacher assigned a class to research soap. A student went to the computer science lab to search the web for info. He came across an image showing a soap called N***** Joe’s with a caricature of a black man. He laughed, then called over some of his friends to see the image. Their laughter caught the attention of a student of color who was nearby. She went over to take a look and was appalled. Since no one was supervising the lab, she reported the incident to a teacher and then to the People of Color committee.

In a staff meeting, the principal told staff that he had investigated and it had been dealt with. Upon learning that he had not spoken with the young woman who reported the incident, the committee made a formal request to have the investigation re-opened. Without responding to the committee’s request, the principal asked the reporting student to meet one-on-one with the student who caused the incident. She was uncomfortable with this and asked that her Coordinator be present at the meeting. The principal agreed but stipulated that the Coordinator couldn’t say anything. The Coordinator deemed this to be a violation of standard Coordinator protocol and issued a memo addressing the concerns of her student. No follow-up meeting took place.

Also during the Fall, the People of Color put an art display on a community white board about the historic contributions of African Americans and asked students to put responses. They soon found the image of a burning cross and then a caricature of a black man “smoking a blueberry blunt”. Again there were complaints. Again there was no action taken.

A few weeks later, after Halloween decorations were taken down throughout the building, a male African American teacher came to work to find a large rubber monkey hanging on his door. He looked around to see if there were other images on other doors; there were none. He spoke with the principal and was essentially told that he was making too much of the incident. This teacher has tried every venue to get resolution until he has finally joined the ranks of the many staff members who have left the school in the past year on grounds of racial indifference and harassment.

The principal and other key long-time Nova staff have told the students and staff not to “go outside the Nova community” with this information because it could result in the closing of the school and that would force the students to go back to traditional schools. This seems to me like the classic abuse tactic: “don’t tell or bad things will happen to you”. Teachers and staff who have supported the complaints by students of color have faced retaliation: reducing their hours, cutting their jobs, etc. Very reluctantly, and concerned that nothing else will stop this ongoing hostility toward people of color, several staff people are meeting with attorneys and filing lawsuits.

I’m very offended by the hypocrisy of Nova’s supposedly open values and want to get the word out. This is NOT how I want my tax money spent. After all, “daylight is the best disinfectant.” I believe Nova’s principal, Mark Perry, has shown one face to the Black community and another to the community he has power over. He needs to be removed, as do other, long-time, staff and teachers who have proctored this culture and enabled such incidents.

I know the school district has been distracted by the financial mess, but I believe with my whole being that the safety of our children and their ability to learn and succeed in a supportive environment is much, MUCH more important. We need more than talk, here. We need to put our collective power to work. Please contact the new superintendent, Dr. Susan Enfield, at 206-252-0180 and demand an external review of Nova and its leadership team. Tell her you want a copy of the detailed written report at the end of the review. Please do this regardless of your feelings about the school district or Nova. Our children deserve our fight on their behalf, wherever they are. And yes, feel free to forward this email.