Reader Jeremy sent us this message:

Not sure what happened, but I noticed yesterday the big mural on the side of Thompson’s Point of View in the old cheesesteak place parking lot has been painted over. It’s just a brown wall now. I’d be interested to find out what happened; seems like that mural’s been there forever and I can’t imagine why they would paint over it.

The mural on the wall of the building housing Thompson’s Point of View has, indeed, been painted over with brown. We reported last summer that the fate of the mural has been up in the air after people started tagging it with graffiti. Each time the mural was tagged, a little more of it had to be covered up.

Painted by two Garfield students in the 90s, the mural honored African American leaders Madame CJ Walker, Malcolm X and Edwin Pratt. We will update when we learn more about plans for the wall.

UPDATE: There is a plan for a new mural, according to Ian Eisenberg, who owns the Old Philly Cheesesteak property. The brown paint went up to prepare for the mural. 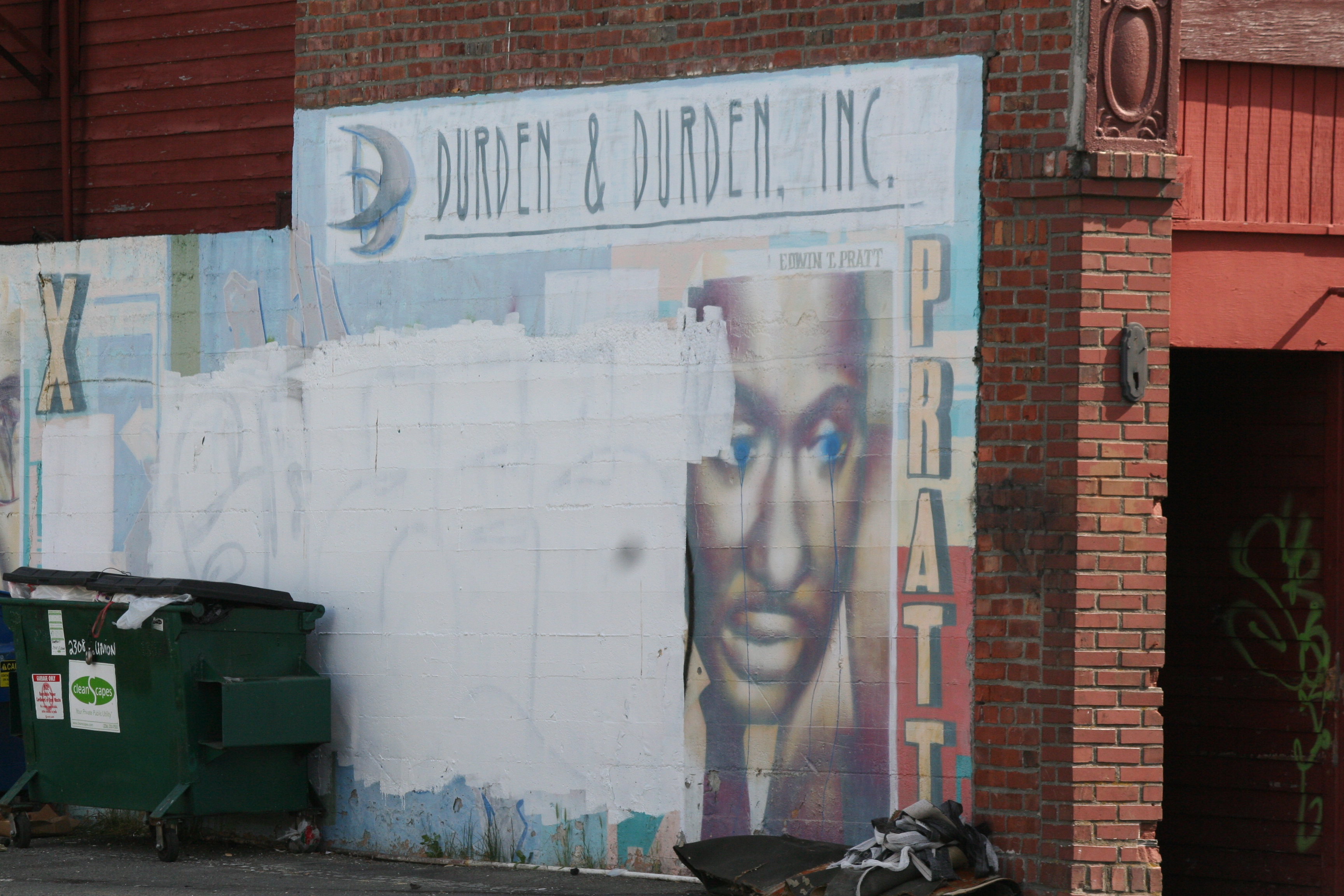 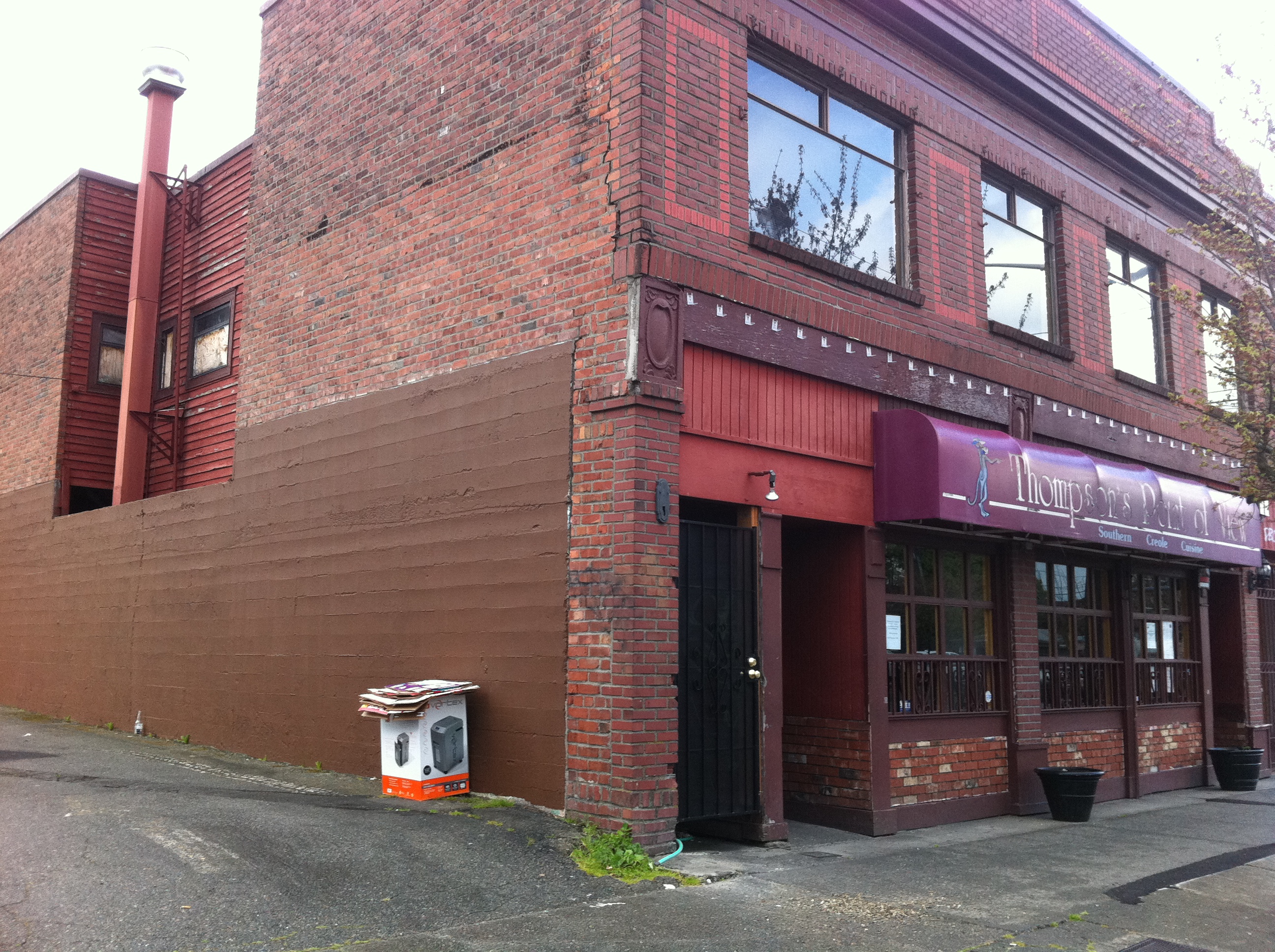 0 thoughts on “Goodbye, Pratt mural at Thompson’s Point of View”