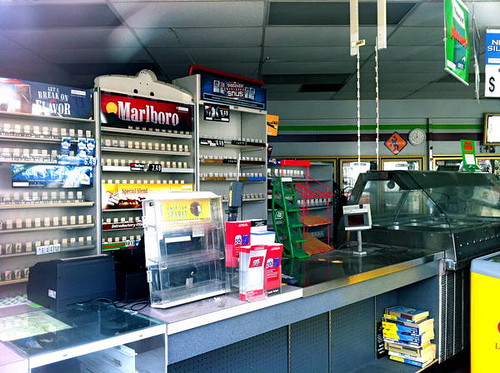 When we reported the story behind the abrupt closure of the Union 76 gas station at 23rd and Union, we were told by the family ownership group it was likely the lot would be reactivated with a new service station tenant and local landowner Ian Eisenberg weighed in with what he had heard on the matter a few months back:

Good news! I talked to the property owner and there is a new operator/tenant moving in and many planned upgrades & improvements.

We can now report the first tangible signs of what Eisenberg was talking about. While we don’t yet know details of a potential new tenant for the space, we have learned that the service station is being prepared for a significant overhaul that will give it enhanced capabilities to provide biofuels to serve the growing demand for alternative fuels in the city. Here are the details of the recent application filed with the city’s Department of Planning and Development to overhaul the site:

From the application, it sounds like in addition to the biofuel upgrades, they’re also filing to do work to renovate the mini-mart portion of the business.

While not the most earth shattering news of the week, it’s welcome news to many that the lot isn’t destined to become an inactive empty lot. We’ll see what we can confirm with the Richlen family about the upgrades and any information about a future tenant.