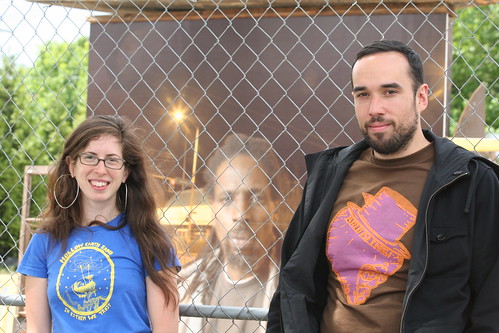 The Corner: 23rd and Union opened in June 2009. A new way of creating a documentary, The Corner encouraged people to call a phone number and either leave a voicemail or listen to those left by others. The idea was to capture a moment of great change in the neighborhood, according the the project’s website:

Twenty Third and East Union is near the geographical center of Seattle. It’s a short trip from downtown, the University District and the parks on Lake Washington.

It’s just one corner in one Seattle neighborhood, the Central District. For decades, it’s been a center for Seattle’s African American community. Now, like other neighborhoods in this city, it’s changing.

Newcomers – many of them white – have moved in. Housing prices have shot up. Now neighbors, old and new, are struggling to find their place in this changing community.

Twenty-Third and Union is a corner in flux. What’s not visible here? How can listening and speaking to one another transform and deepen our experience of a place?

Much of the project is still available online in the form of audio clips. But now, several of the artists and journalists involved in the project have re-installed The Corner at the Northwest African American Museum (2300 S. Massachusetts). The project went up February 9 and is scheduled to stay up until July 31.

0 thoughts on “New exhibit revives ‘The Corner: 23rd and Union’”