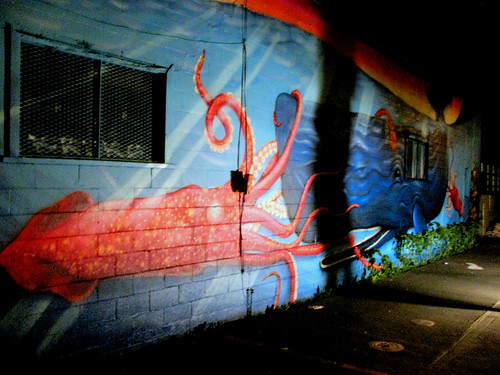 Two years ago this month, the Twilight Exit was moving out of their digs at 22nd and Madison to 25th and Cherry, across the street from Garfield High School and Community Center. There were some brief hiccups in the move, but the bar ended up signing a good neighbor contract with the school and neighbors have embraced the bar. And according to owner Stephan Mollmann, business is up.

“Business is better here than it was at the old location,” said Mollmann, “and we’re doing it with just about half the square footage.” Of course, it’s not exactly the same place.

For example, the Cherry location sells more food than the Madison location did.

“It used to be, ‘I own a bar,'” said Mollmann. Now, he tells people he owns a restaurant and lounge. In one sign of the restaurant and lounge’s success, it made its final payment December 1 and is now officially debt-free, he said. Though Twilight Exit still do battle with the Citibanks of the world every now and then.

The Twilight is a CDNews advertiser.

The Twilight crowd has also gotten a little less young and raucous, though many patrons are still younger. The Twilight still gets a lot of Seattle University students, he said, motioning to the big group of students near the back of the bar by the shuffleboard table. Because of that, Mollmann says they have to be extra vigilant about checking IDs.

Moving forward, Mollmann has both big and small changes in mind. He is currently working on allowing minors in the Twilight for brunch. He said he gets asked all the time by people with kids if they can bring them, but it’s currently not allowed. He has to make a few changes to the space, like creating more separation between the bar and seating area. Also, the health department frowns on having a shuffleboard table in a dining area?

In big plans, Mollmann said he would love to open a vegetarian bistro of sorts that would serve what he described as “the opposite of what we serve here.” He hopes it could go in on 23rd some day, an area he said has incredible unused potential (we wrote about a stalled project there a few days ago). But any further plans may have to wait a bit. Mollmann is about to have his hands full of issues that go well beyond checking IDs, shuffleboard and brunch. A child is on the way, he tells CDNews, due in the early spring.

0 thoughts on “Two years after move, Twilight Exit is debt-free and doing well”