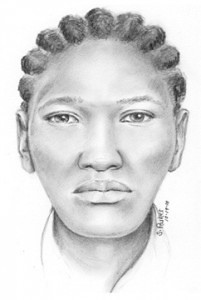 Today the Seattle Police Department released a sketch of a man suspected in the Monday arson that heavily damaged a house on 33rd Avenue in Madrona.

Police say that the man knocked on several doors on the street prior to the arson, including on the victim’s, asking if he could check the backyard for a ball. Police say “it is believed this was a ruse to determine if anyone was home prior to committing his crimes.”

The SPD blotter contains more details on the suspect description:

Anyone with information about this incident or who may know the identity or whereabouts of the suspect is asked to call 911 or Seattle Police immediately and refer to this incident.

This remains an active and on-going Seattle Police Arson investigation.