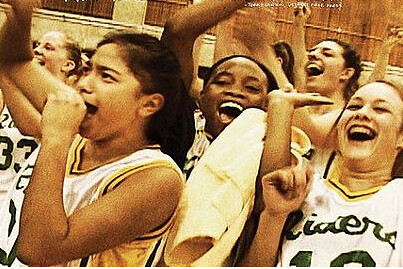 The rainy season seems to be quickly approaching, which means it’s time to get your home movie queue refreshed with things to watch.

Darnellia’s mother sent her to Roosevelt instead of Garfield to try and keep her away from from negative influences, giving Darnellia a new challenge as she got used to fitting in in an overwhelmingly white student body. A stand-out basketball player at Meany Middle School, she’s convinced to join the Roosevelt basketball team and by the time of her junior year she’s the star.

There’s appearances by other Central District personalities too, including Joyce Walker, the former Garfield basketball star and coach of the Garfield team in the mid 2000s. And the plot climax of the documentary comes in the 2004 state basketball championship between Roosevelt and Garfield.

It was interesting to see behind the scenes of Seattle’s hyper-competitive high school basketball programs, and the personal challenges and stories of the movies stars were moving as well. Plus, the final quarter of the movie has classic sports tension and excitement as we see two local teams compete for the state title.