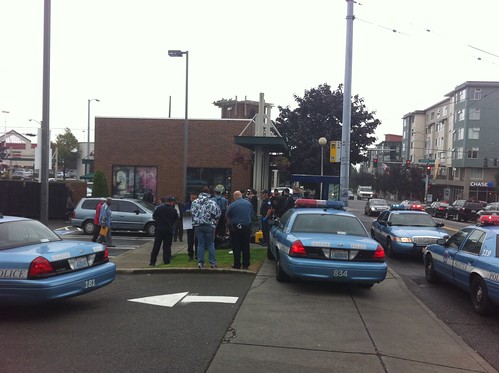 A confusing situation at 23rd and Jackson, where police responded in force to a report of a man who had just been shot in the leg at the bus stop next to Starbucks.

Upon investigation, police found that the shooting actually happened yesterday, and was just being reported today.

It is not yet known how the victim was shot or who did it, and it’s possible that it was accidental or self-inflicted.

When we arrived we found the victim in cuffs, face down, being searched by police. An ambulance arrived and the victim, tears steaming down his face, was loaded up and taken away for treatment.

Police are continuing their investigation, interviewing friends of the victim who are at the scene. 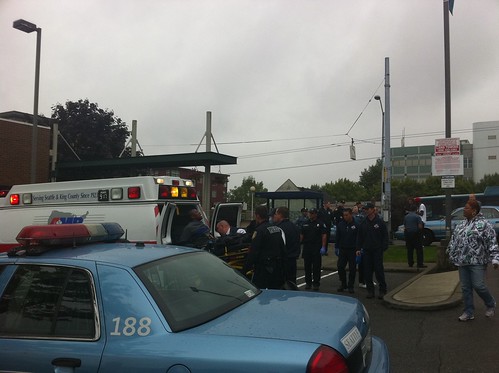