Evidently they headed west from there, following the park along I-90. We heard the scanner broadcast a few minutes ago about a deer spotting at Rainier & Charles. We went down to investigate, and found a small crowd watching them in the industrial area to the west of Rainier.

We found the two small deer simultaneously grazing, panting, and cowering inside a small area that is surrounded by 6′ high chain link fence. Deer can jump upwards of 12 feet high, so they’re probably not trapped. But I-90 is directly behind them, and onlookers were worried about them suddenly darting onto the freeway. 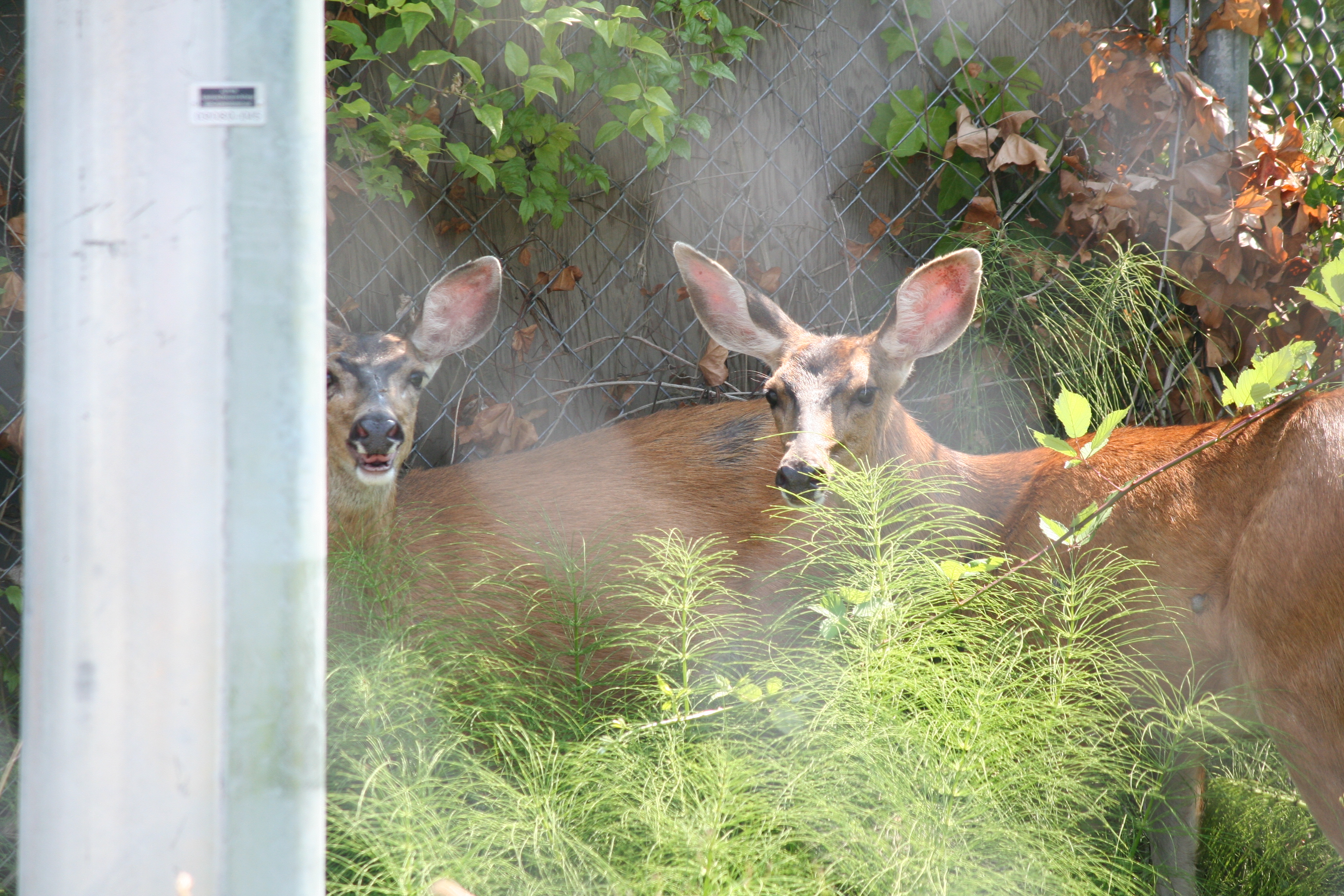 Another member of the crowd was concerned about them getting water, given the heat and their panting, and there was talk of bringing over a big bucket of water to get them hydrated.

A police officer was also on hand, but he said that the city’s policy is very hands-off when it comes to wildlife, even for deer that. Emailer Brenda says she contacted the wildlife department this morning, saying “their advice to everyone is to not approach or try to interfere. Just let them go wherever there going”.

Update: We just realized that neither of these deer are the same as the one spotted by kiacharon last month, as that was a buck with a growing rack of antlers, while these are antlerless lady deer. 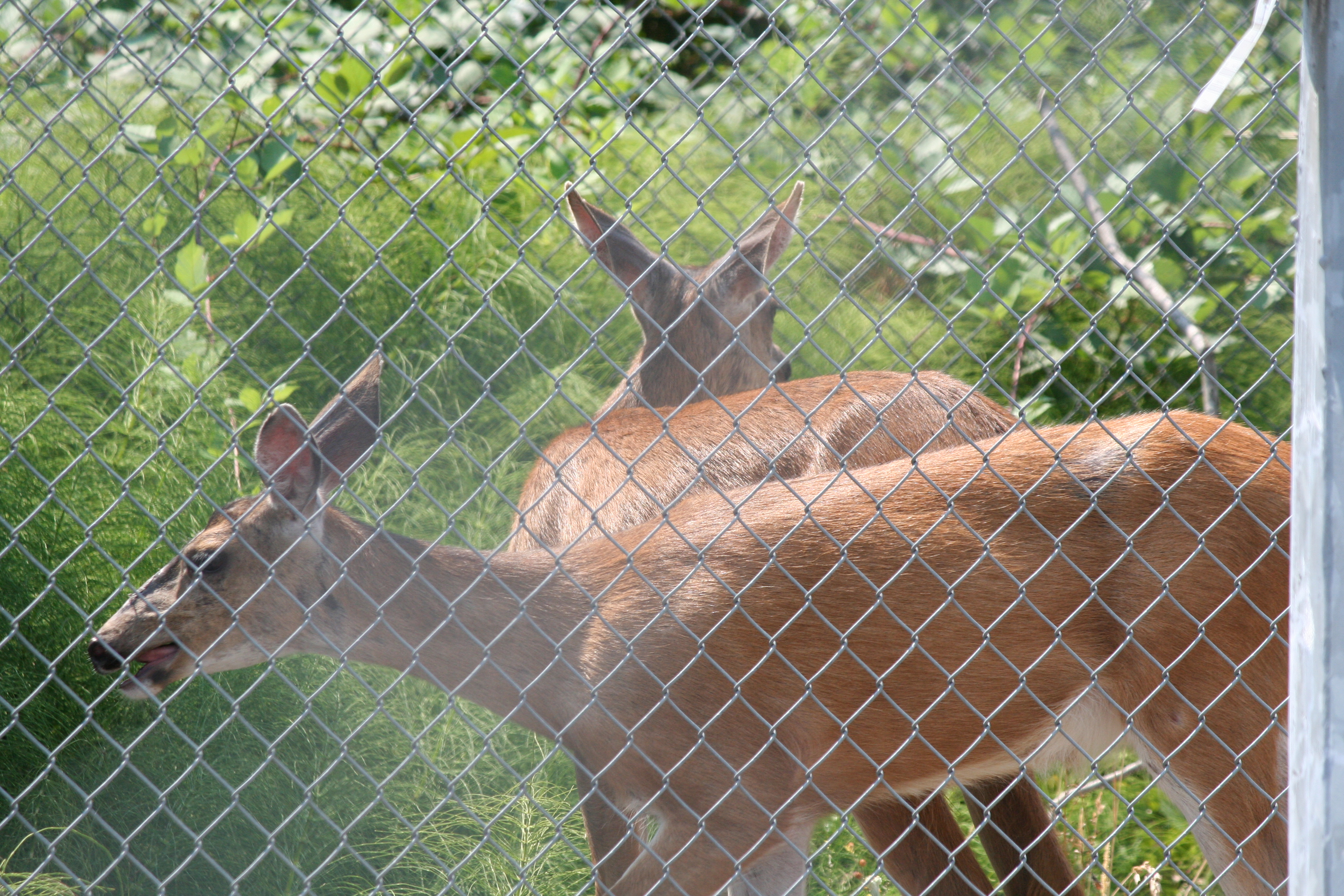 0 thoughts on “Urban Deer Update: Two cornered in fence near I-90”