Oh My God! was the first Art Car created by artist and filmmaker Harrod Blank. At the age of 16, Blank became embarrassed by the blandness of his all-white Volkswagen and painted a rooster on the driver’s door. He never stopped decorating the car, which ultimately served as the springboard to his career in building Art Cars and documenting the Art Car movement. 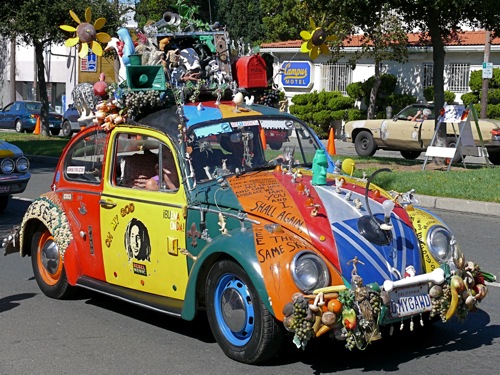 He is bringing “Oh My God!” all the way from the Art Car World Museum in Douglas AZ to Seattle to the Central District, Monday June 21st.  Starting at 6pm, you can see “Oh My God”, plus the Mighty Elvis Mobile, plus other art cars that will be on display at Central Cinema, on the corner of 21st and Union.  At 7pm, you can see the film “Automorphosis” which will play at the Central Cinema. The filmmaker, Harrod Blank and other art car artists will be in attendance.

Many of the cars were on display over the weekend at the Fremont Fair, but if you missed them there, stop by the corner of 21st and Union on Monday, June 21st starting at 6pm. This is a fun family activity and the film is appropriate for all ages. 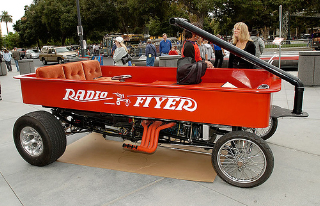 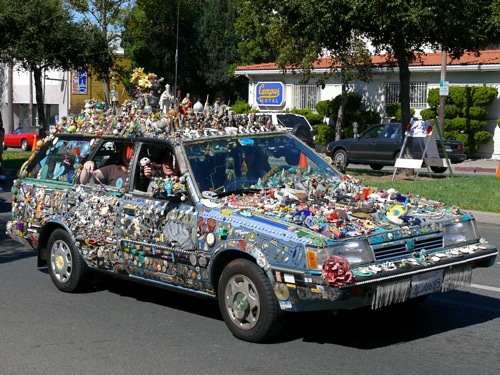