We’ve put our CDNews supercomputers to work crunching the latest crime statistics released by the police department. The results through April show two big trends: violent crime is way down in 2010, and property crime is up.

Here’s the specifics for January through April, compared to the same period in 2009:

Property crimes are also getting an early start on their typical seasonal increase, up 42% in April versus March. Burglaries typically peak in July or August each year, due to a combination of school being out and people leaving doors and windows open in warmer weather (obviously not a factor so far this year): 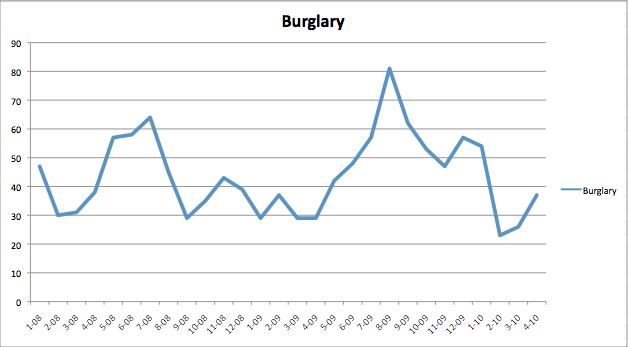 The historical chart on robberies is especially interesting to look at, showing a significant decrease this year vs. the trend from 2008 and 2009: 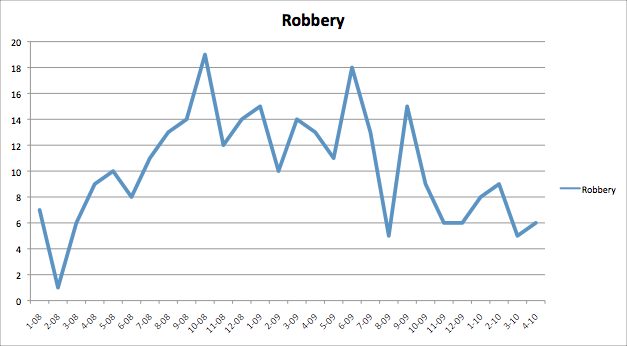 Stay tuned for the East Precinct Crime Prevention Coalition meeting this Thursday – it’s your opportunity to speak directly with police leadership about neighborhood crime and the backstory behind these trends.