You may have seen in this morning’s scanner report where a big truck was blocking lanes of 23rd after getting stuck on the crest of the hill coming up from Charles.

Turns out it was a moving truck, and it’s really stuck. And it looks like the owners of the stuff being moved were in the cab of the truck, looking none-too-pleased.

Here’s a few snapshots of the snafu: 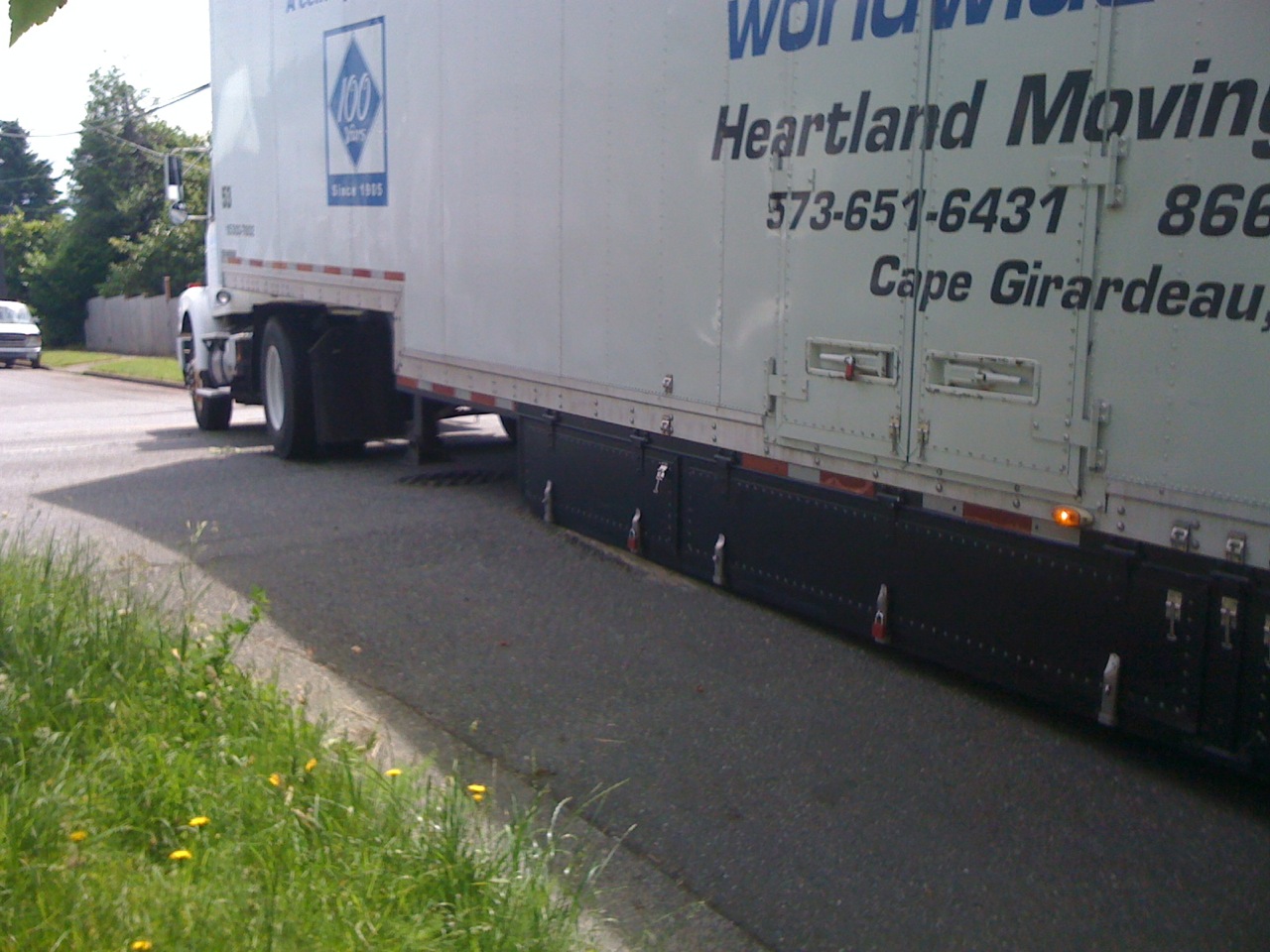 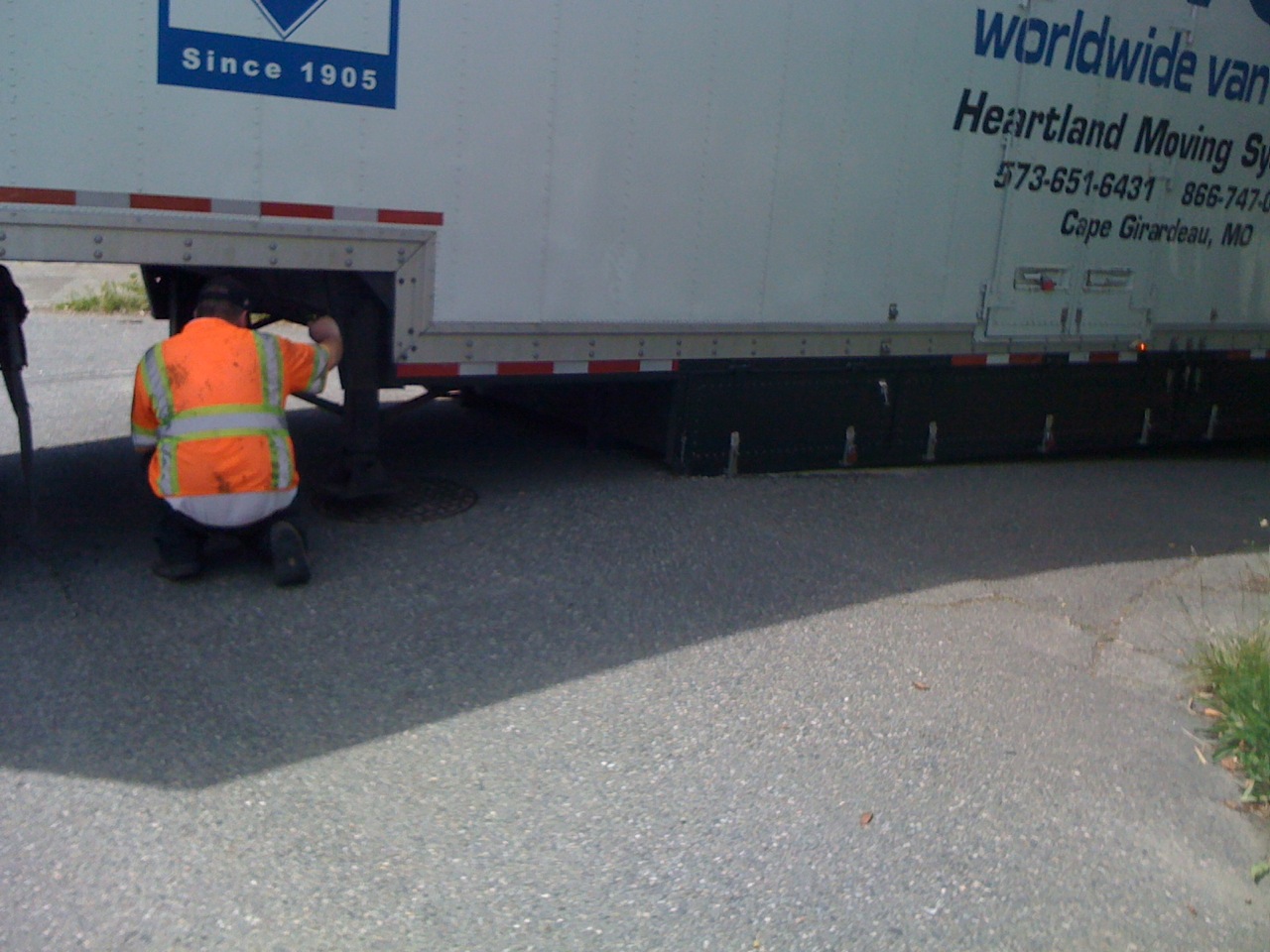 Hopefully no ones valuables were sitting in that undercarriage storage area.

They’re waiting on “the biggest two truck they can get” to pull it free. Expect traffic backups as those two southbound lanes of 23rd remain blocked for the next hour or so.