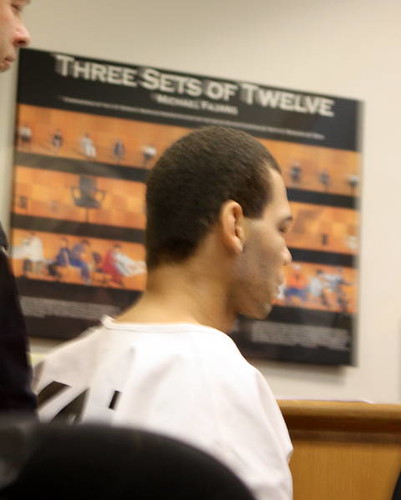 Six months ago we reported that the decision whether to ask for the death penalty for Christopher Monfort would be put off until June 15th. Monfort awaits trial on charges that he murdered East Precinct Officer Tim Brenton last fall.

Yesterday we checked in with the prosecutor’s office to see where that stood, and Chief of Staff Ian Goodhew told us that the decision has been delayed again. At a hearing two weeks ago, Monfort’s defense team requested two additional months to prepare their “mitigation package” that gives their view of why the death penalty should not be applicable in this case.

They now have until August 2nd to submit their package to the prosecutor, and the prosecutor will make his decision by September 3rd.

According to the Seattle Times, that hearing two weeks ago was another raucous one, with Monfort wrestling with a jail guard from his wheelchair while making further statements about police brutality.

0 thoughts on “Monfort death penalty decision put off until September”