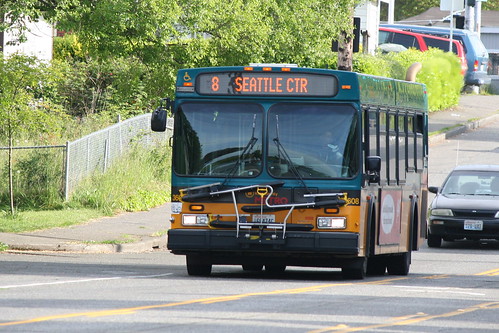 We received an email from Metro announcing that several of the proposed stop eliminations we mentioned last month are taking affect today:

Those decisions were made after reviewing rider comments on the original proposal.

It appears that your feed back saved the stops at 27th & Madison and MLK & S. Jackson, which were both on the original proposal. We had heard specific feed back about that first Madison Valley stop, as the next available stop was several blocks up the steep hill on Madison.

0 thoughts on “Ride the #8 bus? May need to find a new stop on Monday”