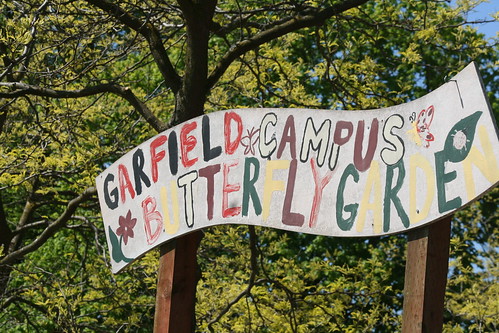 You couldn’t ask for a better day to give back to the community. The sun was out, it was warm and calm, and a group of seven men were using pitchforks and shovels to clear out big bunches of weeds in the Garfield Community Center Butterfly Garden.

The participants were all there as a condition of their sentences from Seattle’s Community Court. It’s a jail diversion program that gives offenders a way to trade jail time for community service.

Jack was one of the men out working on Friday, and he told us that he was looking at a couple of days of jail for stealing a bottle of wine from a Pioneer Square convenience store. An army veteran, he has struggled with alcohol dependence issues for years. But he’s recently renewed his faith and received treatment for his addictions, and told the judge he’d rather serve in the community than sit in jail and read a book. He ended up with a 16 hour community service sentence. “What I did was wrong. I made a mistake. And this is a good way to serve and give back to the community. I only have positive things to say about the community service program.”

Offenders can go through community court of to three times, and each time the number of community service hours grows.

The community court partners with a number of organizations around town to direct their work. The previous day they were out working in the New Holly market garden in South Seattle. And once a month they work with the Colman Neighborhood Association to pick up trash and clean up public spaces in that southern part of the Central District.

If you have a neighborhood project that could use some community service attention, contact Stephanie Tschida at [email protected]. 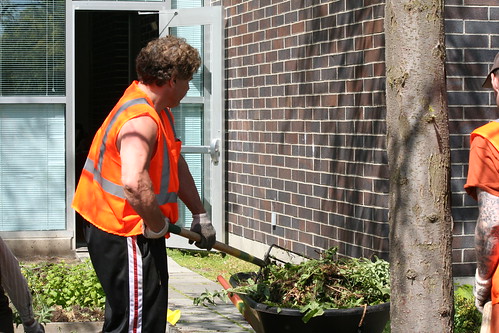 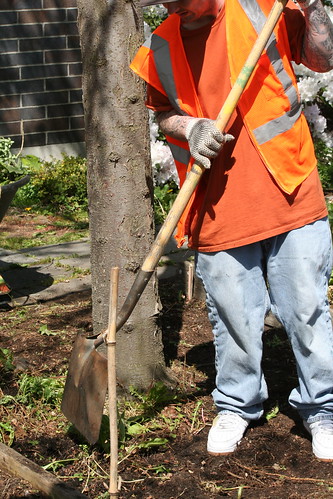