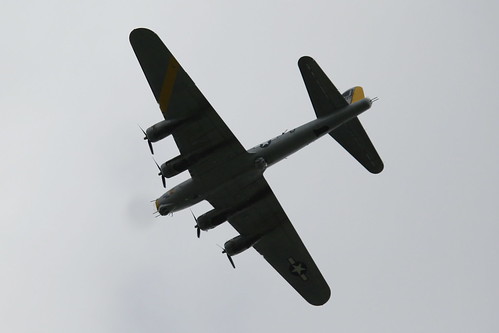 Our news partners at The Seattle Times have the details:

The Liberty Belle, one of more than 12,000 B-17s produced between 1935 and 1945, was built near the end of the war and never flown in combat, according to a news release from The Museum of Flight. It’ll be on display on the museum’s ramp.

0 thoughts on “B-17 buzzing the neighborhood today”