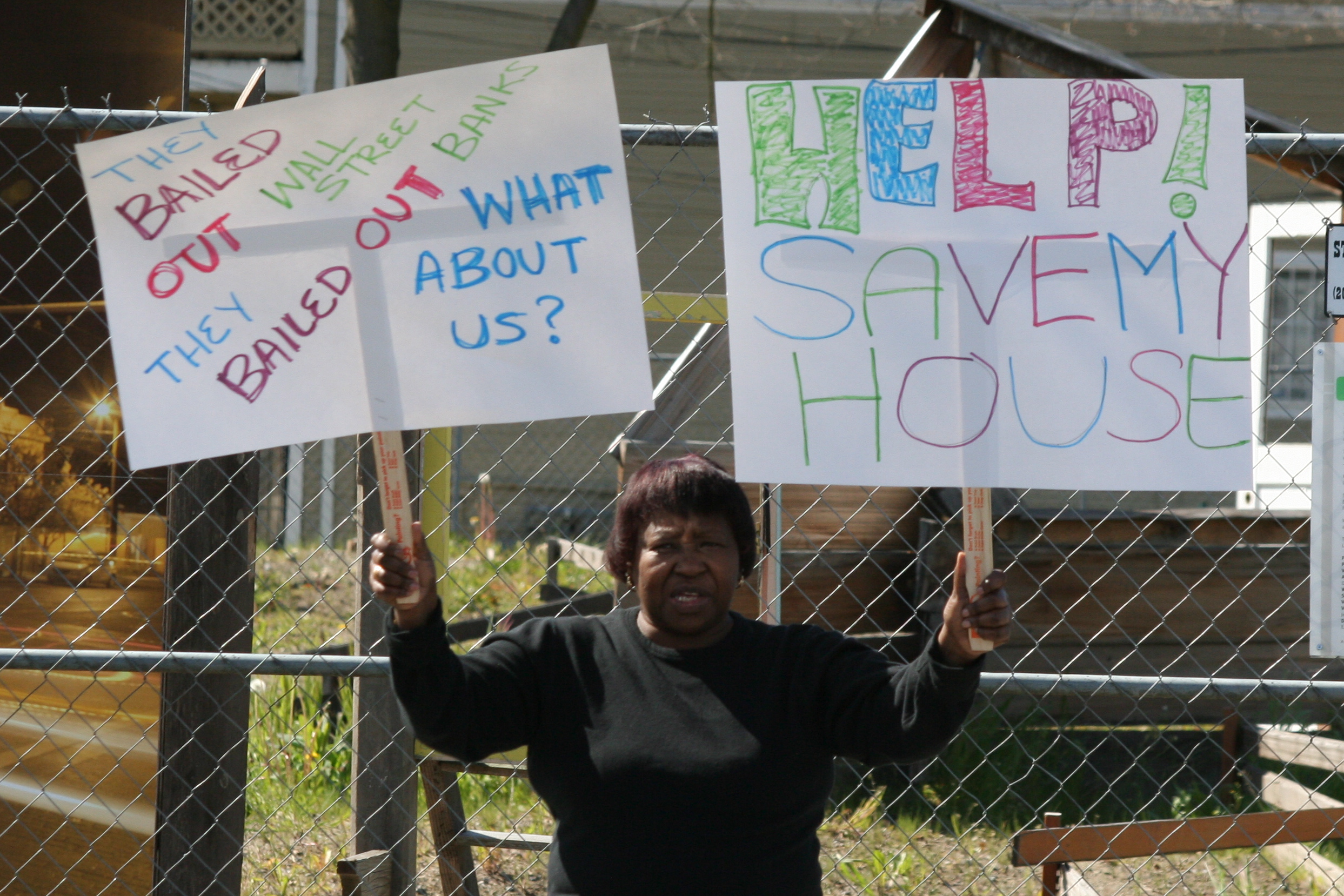 Dixie Mitchell has lived in the Central District since 1967, but now she faces getting kicked out of her home due to foreclosure. She says the bank is only days away from taking it over, after a series of lenders have bought and sold the loan and the adjustable interest rate has risen up, pushing the monthly payment up to $2,568 a month, an amount that is unaffordable to a woman and her husband who only have their monthly social security checks to live on.

She and her family and friends are positioned around 23rd & Union today with signs, protesting what they see as predatory lending and asking for help from anyone who can offer it. “I’ve met with Gregoire and she said she’d help, but hasn’t. I’ve talked with KING 5 and channel 7. I’m just trying to do anything I can to save my house.”

Tears streamed down Mrs. Mitchell’s face as she told us the story. “I’ve done everything I’ve known to do. My husband is now in a nursing home due to a stroke, and the doctors say that it was the stress of this situation that caused it. They’ve bailed out the banks, bailed out Chrysler. They bailed out everyone but the poor and people who really need it.”

Taking to the streets was a last-ditch way to fight for a woman that is quickly running out of other options. “If they take the house tomorrow, then that means I’m out on the street. But at least I know I put up a fight.”

Any readers interested in helping the Mitchell family can contact Dixie directly at [email protected], or via phone at 206-330-3355.