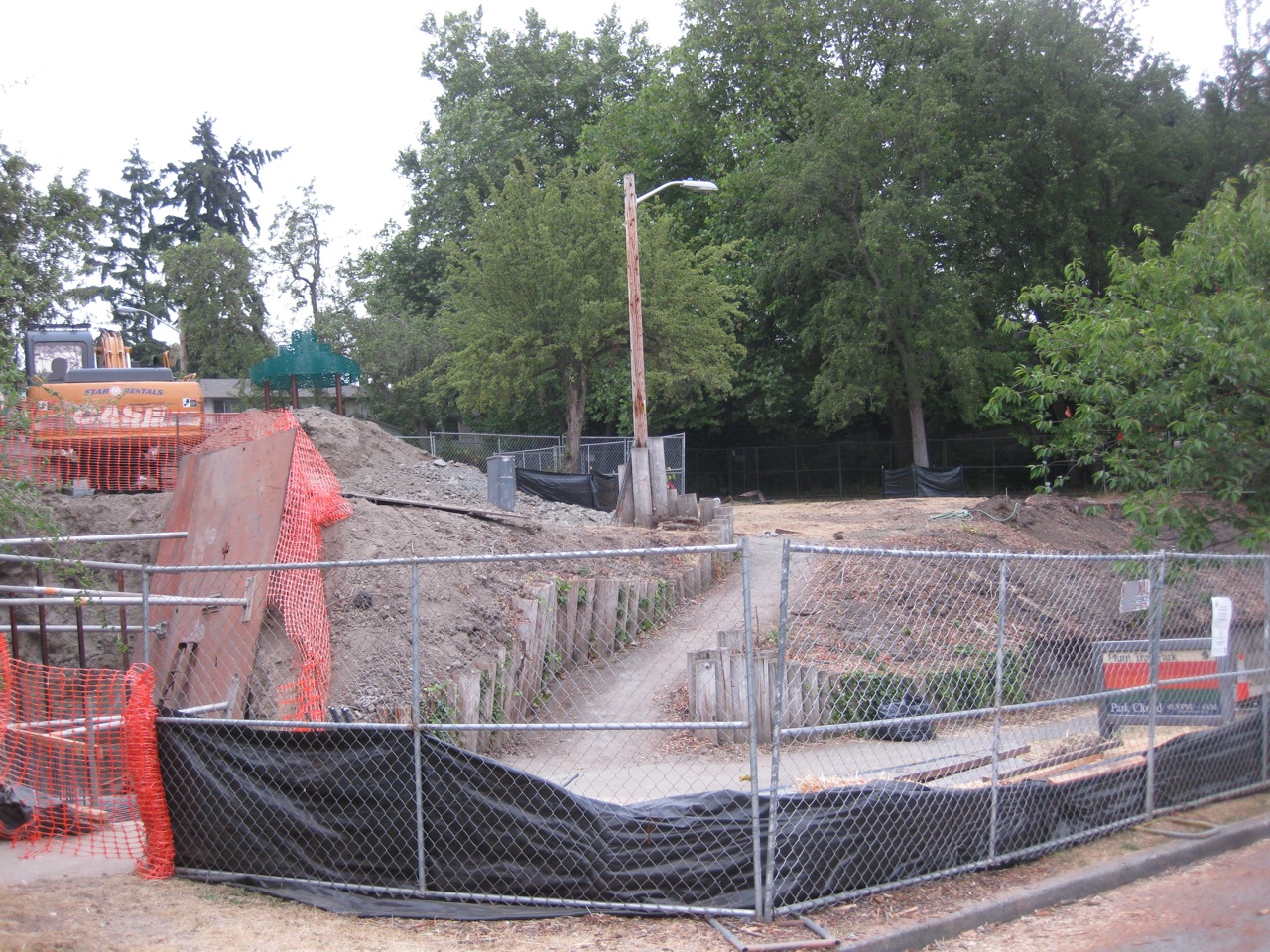 You may have looked at the fences around Plum Tree Park with a heavy heart, as crews have torn up and closed a lot

of the park, but the construction is part of an renovation project set to be completed at the end of September.
Joelle Ligon from Seattle Parks said the park is being upgraded as part of Seattle Conservation Corps work. According to Ligon, Parks plans to rebuild new retaining walls, create new ADA trails and ramps as accessibility for disabled persons, and make irrigation improvements. While plans for the new landscape include removal of trees, Ligon assured CDNews that new plum trees will be planted to “keep the plum in Plum Tree Park.”
The park’s playground areas will remain open during construction and will not be changed according to a sign attached near the site.