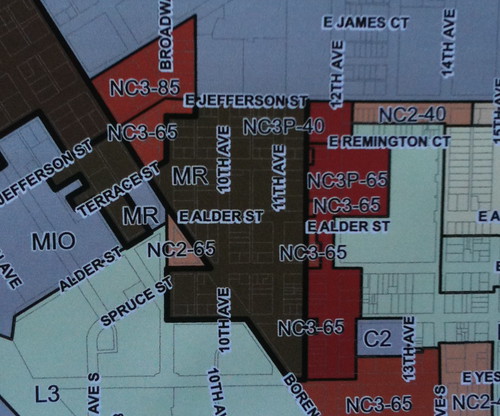 Last night about a dozen residents and an equal number of city staffers gathered at Blanche Lavizzo Park, enjoyed some free frosty treats, and listened in on a meeting of the city council’s Planning, Land Use, and Neighborhoods Committee. The committee was discussing proposed changes to the city’s land use code to encourage affordable housing by giving developers bonus height if they include it in their projects.

The changes would only affect two specific types of dense residential zoning: midrise, and highrise. And there’s actually very little land devoted to those two types. Here in the Central District, only a single area is affected between 12th & Broadway, south of Seattle U to Yesler. You’ll also find midrise on Capitol Hill east of Broadway, on the south slope of Queen Anne, along Alki in West Seattle, and in a few small places north of the ship canal. Highrise zoning is only found on First Hill (downtown is different).

Note that the much more prevalent Neighborhood Commercial zoning, which can also reach 60′ in height, is not included in the current proposal. But committee chair Sally Clark said that the guidelines under discussion could be extended to commercial zones sometime in the future.

Normally midrise zones top out at a maximum of 60 feet of allowed height, or about six stories tall. The new rules would give them an extra 15 feet for one or two additional stories, up to 75 feet total, if developers include a specific amount of affordable housing in the project. And that affordable housing would have to remain affordable for at least fifty years.

In addition to the height, developers would get authority for more total floor area too for including affordable units. This provoked a council discussion about whether we could end up with bulky, more imposing structures, but a planning department staffer said that existing setback rules would still apply and should prevent bulk from becoming an issue.

There is one other item that could bring more wide-reaching changes to the neighborhood. The committee’s proposal would also change the “locational criteria” that guides council decisions on zoning, and would make it easier for the council to decide to upzone lowrise-3 and lowrise-4 zones to midrise, increasing heights from 30/40 feet up to 60, plus the allowable bonus up to 75 feet.

All of these changes are still in the discussion phase. Final action and votes aren’t expected until later in the year. 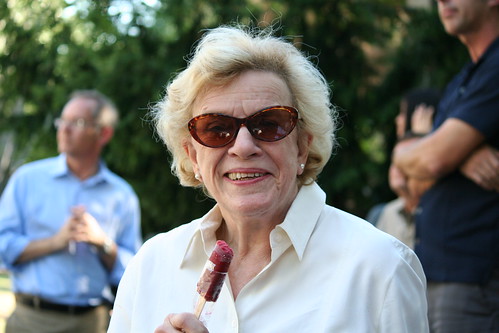 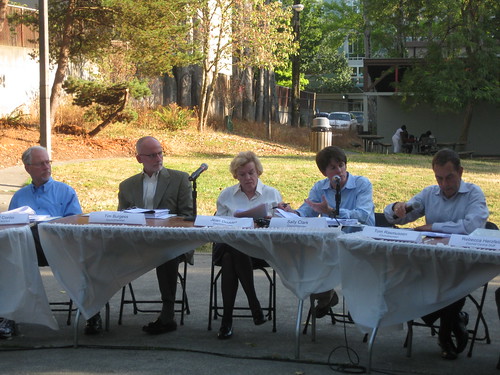