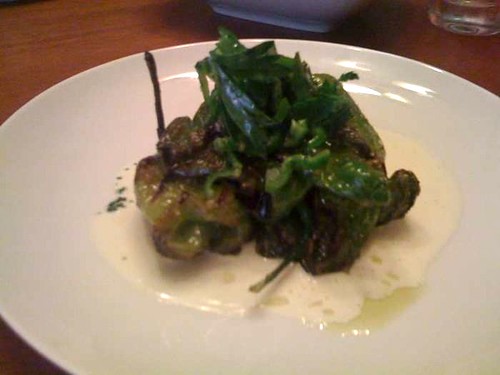 When I first moved to the neighborhood twelve years ago, we were a long way from most anything interesting on Capitol Hill. Back then the heart of the neighborhood was on Pine west of Broadway and further north along Broadway itself. But in the last couple of years, some of the best additions on the hill have in the Pike/Pine area around 12th Ave. That puts a variety of new things within walking distance for us in the Central District – in fact, it’s only a 20 minute walk from 23rd & Cherry.

Here’s two new places to check out that have been covered by our friends at Capitol Hill Seattle:

Tavern Law – The highly anticipated new “speakeasy-style” bar and restaurant opened this past Saturday in the new Trace Lofts building just north of 12th & Madison. Twitter user kevinseattle said that the food and drinks were amazing, in spite of some opening-night issues with the service.

Plum Bistro –  Opened in July on the opposite side of 12th, in the spot formerly occupied by Cafe Stellina. It’s a vegan restaurant operated by Makini Howell of Hillside Quickie fame. They’re currently averaging 4-stars in ratings at Yelp.

And after dinner, don’t forget to check out the burgeoning collection of sweet treats in the area, such as Old School Frozen Custard, Molly Moon’s, Bluebird Homemade Ice Cream, and Cupcake Royale.

0 thoughts on “New Eats Nearby on the Hill”