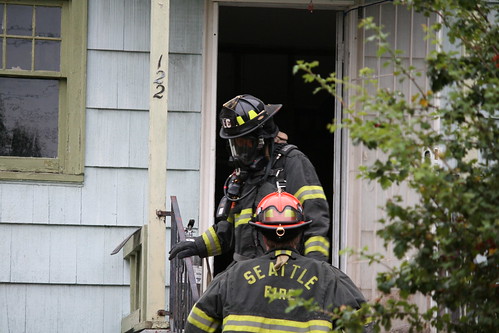 There’s a big fire response to a house near 26th & Fir. The fire is under control, but there is still some smoke coming out of the rear windows.

It appears that the house is empty, possibly undergoing a remodel, and there’s a for-sale sign out front.

Seattle police are also here investigating the incident. I heard one neighbor telling them that some problematic neighborhood kids have been seen in the house before, in addition to an ongoing series of disturbances they’ve been causing on the block.

Update: 11:42am: Sue Stangel from the Seattle Fire Department just told us that the fire has been ruled accidental, caused by improperly discarded smoking materials. As to whether those smoking materials were left by someone who had permission to be in the house, she said that “there was no criminal intent.” 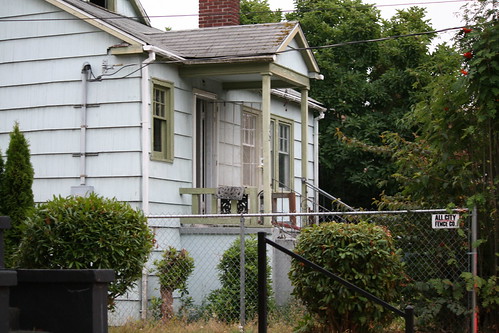