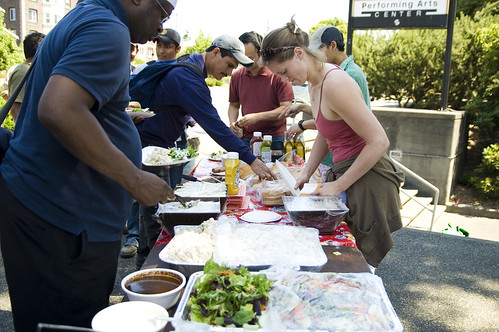 Central District neighbors brought together food, fun and community progress last Saturday at the annual Squire Park community barbecue at Langston Hughes Performing Arts Center. With a bouncy castle, halal and veggie burgers, and lots of shade, the get-together attracted all kinds, including mayoral candidate Jan Drago, King County Executive candidate Larry Phillips, as well as other candidates for local offices.
The event included a meeting of the Squire Park Community Council focused on the development of the youth detention center at 12th and Alder and the overall progress of the vitalization of 12th Ave. Paul Sherfey, the Chief Administrative Officer for King County Superior Court, and Jim Burt, a Project Manager for King County Facilities Management, were at the meeting to bring the community up-to-date on the progress of the court complex. “We want to make sure that we develop a project that is consistent with the community,” said Burt. He explained the nearly fifty-year-old complex is too small, and simply outdated for the needs of the growing community. Sherfey added that on top of creating more courtrooms, offices and parking, the plan includes space to address the complex family matters that come up during youth litigation. To make room, Burt explained that the county plans to take down the Alder wing and Alder tower facilities that currently reside there, but the semi-new detention center is still adequate, and will remain.

Community concerns from the citizens in attendance included a combination of aesthetics, cost and time. Burt assured the attendees that there would not be a building that towers over the rest of the community, but neighbors at the meeting still had concerns over a possible multiple story parking structure. Burt said that an alternative underground parking garage would cost a great deal more on top of the $85 to $185 million-dollar price tag forecasted for the project. But time remained a prominent issue, as Burt explained the wheels of the planning process are projected to still be rolling through 2010. John O. Perry, an advocate for 12th Ave. development since 1992 and a member of the 12th Ave. Development Stewardship Committee was convinced he would not see it completed in his lifetime. “It’s going very, very slowly,” said Perry.

SPCC Secretary Bill Zosel has high hopes for the entire 12th Ave. district, looking forward to more mixed use development, small scale residencies and retail, and the streetcar(maybe some links to our stories on the streetcar). The development of the court facility adds yet another stakeholder into the battle for the route of the car. Michael Kerns, the Associate Vice President of Facilities Administration for Seattle University said he supports research into a 12th Ave. route, commenting on the power of a streetcar over neighbors, workers, and students alike. “It could accomplish community involvement goals as well as transportation goals,” he said.

The meeting then adjourned to the barbecue. With three grills fired up, the volunteer cooks had no trouble providing for the huge line of people craving hot dogs, hamburgers, pasta and potato salad. After everyone had food, candidates including Drago, Phillips, Rob Holland for Seattle Port Commission, David Miller for Seattle City Council, and Joanna Cullen for Seattle Schools Director began mingling with the crowd. While none of the candidates could comment on the record about the possible 12th Ave streetcar alignment, Central District resident Michael Hintze was attending the event and just happened to be an Urban Planner. From his experience, Hintze said that streetcar routes spur development, and revitalize neighborhoods.

A number of Central District News readers were in attendance with a few people having heard about the event on the CDNews event calendar. 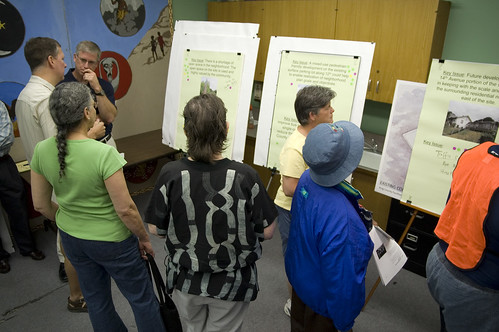 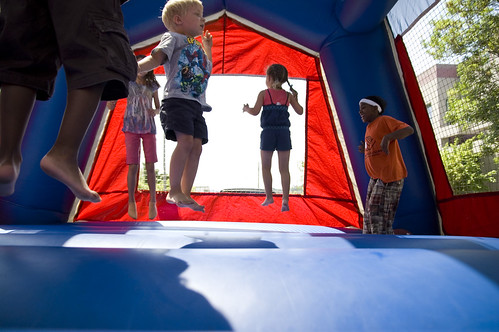 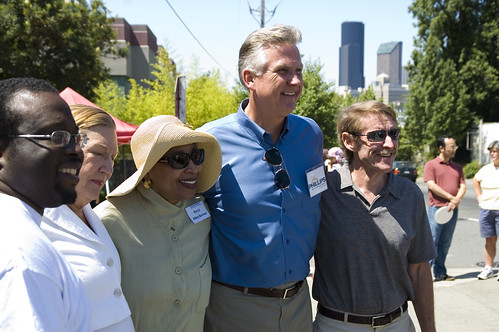