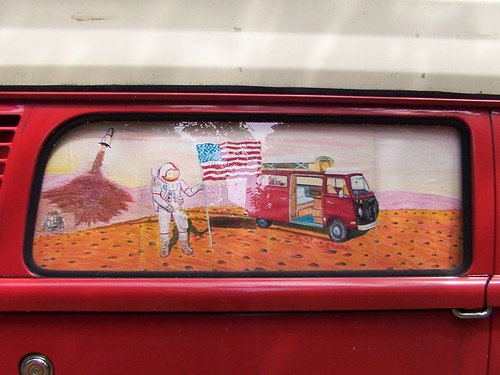 Curbside In The CD:

Thirty years ago this week, Neil Armstrong walked on the moon. He also drove this VW Camper Bus as commemorated by the picture in the rear window! I didn’t know the capsule atop the Apollo rocket was big enough to accommodate a VW Bus. Typically, motifs on vans are wizard or unicorn themed. The closest to a space theme you would expect to find on a VW Bus is a water color portrait of Jerry Garcia. And that is merely “spacey”. Be sure to flip through and enlarge the pictures in this article.

The air cooled motor provided NASA engineers with a host of problems, mainly the lack of air in space. I don’t see any Westfalia badgeing on the pop top, so this van likely had its camper conversion done on this side of the Atlantic and not at the Westfalia Werke in Germany. All I can tell is that this van is 1973 or later. VW experts chime in on the comments and give us the correct year. How did the Smithsonian let this slip through their fingers? 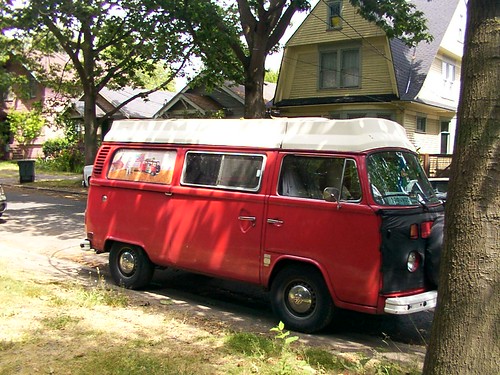 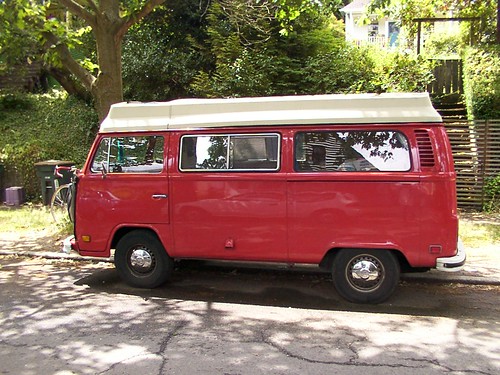 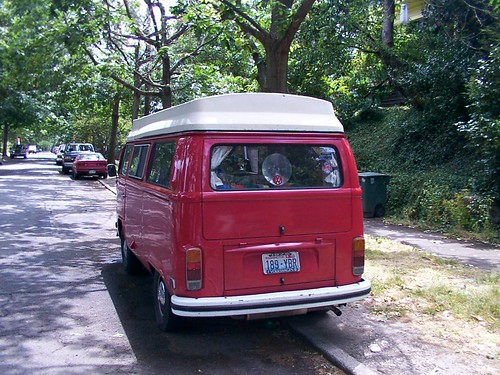 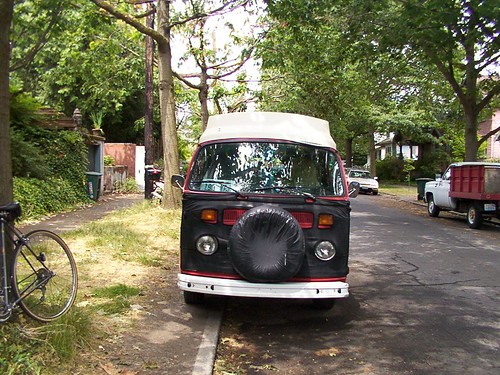 0 thoughts on “Berlin, we have a problem”