Is a large mixed-use apartment building really moving forward during the down economy? We’ll all have an opportunity to ask that question and take a peek at how it might look at a design review scheduled for next Wednesday.

Plans call for 95 apartments to be placed in a six-story building with underground parking and ground-floor retail. The project documents mention the need for a contract rezone on the site, but the reason for that is not entirely clear since the property is zoned NC3-65, which should already allow for a six-story mixed use building.

The project site is currently home to a very large, very deep hole that will presumedly become the underground garage of the new structure. It was previously home to an old brick auto shop on the corner and a single-family home and apartment building on the parcels to the south along Broadway. Those were demolished earlier this year and contaminated soils under the old garage were dug up and removed.

Here’s some shots of what-was from Google Streetview that we’ll try to preserve for posterity: 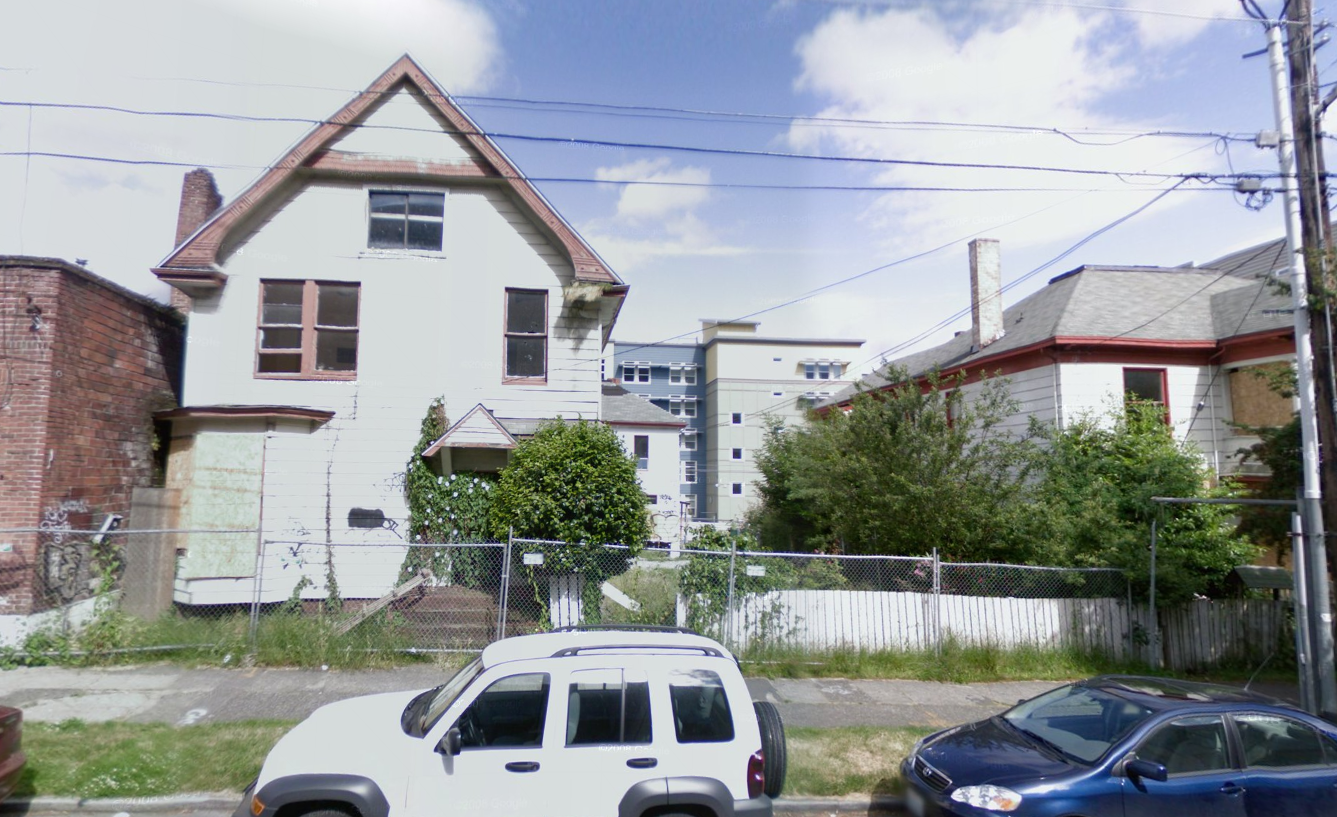 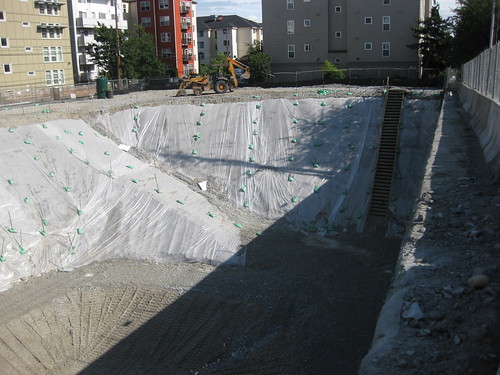 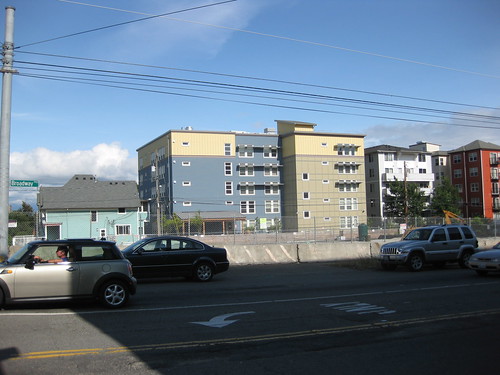