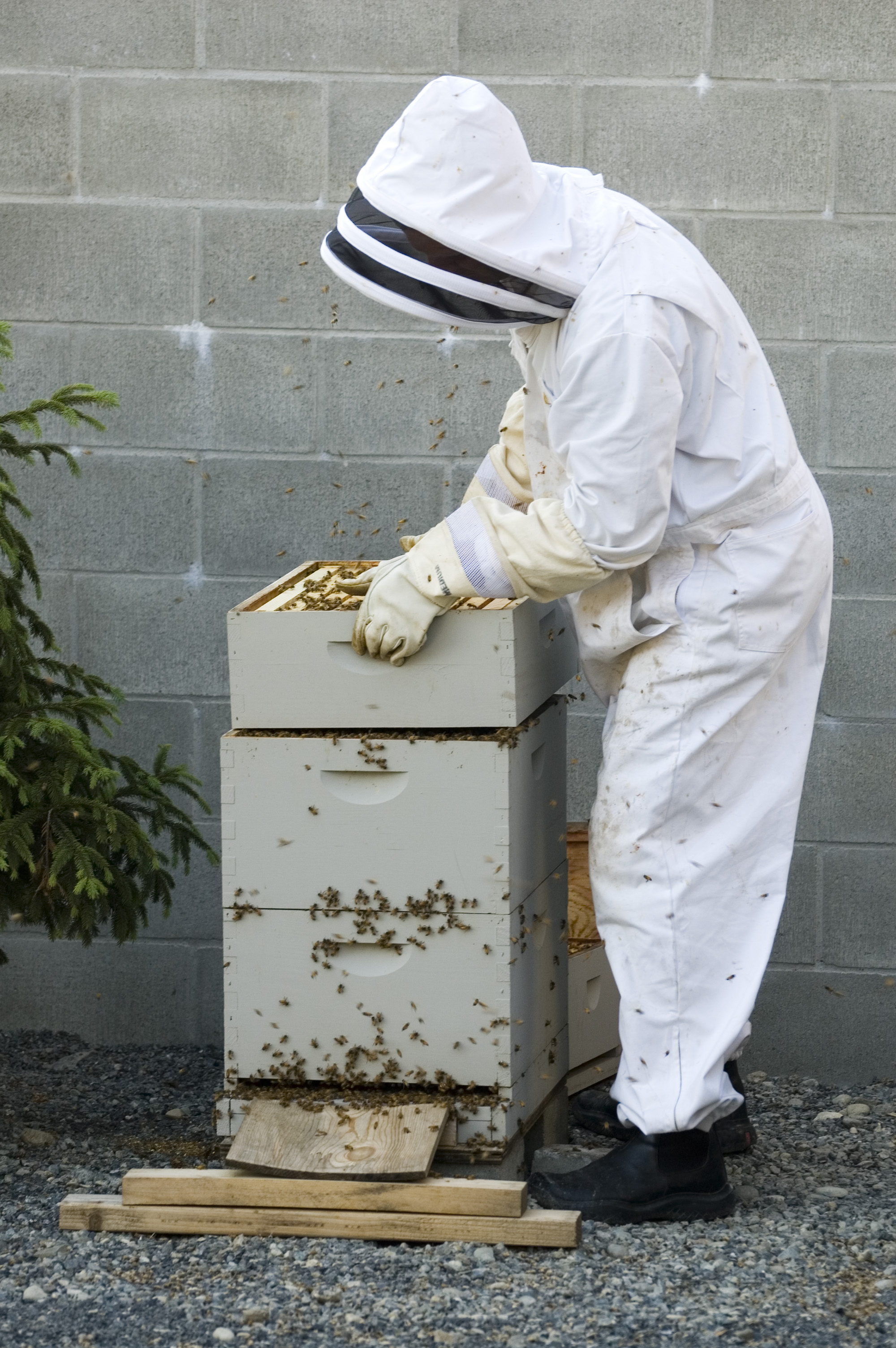 For the second segment on Central District urban agriculture, I visited the home of Chris Rogers. It’s hard to believe that the walls of a steel-clad house on Olive contains a lover of agriculture. After a summer school program he attended when he was in middle school, Rogers became hooked on what became a life long passion: bees.

Hidden behind a stone wall, his hives are easier heard than seen, spewing bees protecting their precious honey. “Bee keeping is the next step after a vegetable garden”, says Rogers, who has been doing urban agriculture for years. Compared to chickens, bees are a little less friendly (and seemed to be particularly spiteful towards reporters). “I probably get stung every time I’m out with them” he said, despite having a beekeeping suit. But the drawbacks to bees end with the stinging, as Rogers harvests gallons of honey each year to be used in cooking, eating, and for gifts. He even notes the stings tend to make his joints feel better, referencing Apitherapy, or the medical use of honeybee products.

While the upfront cost to start beekeeping is high, maintaining the hives is low cost, and if you aren’t afraid of bees, fairly easy. Rogers checks on his hives every two weeks, and harvests two times a year. Seattle law on beekeeping requires you to register with the State Department of Agriculture and limits the number of hives to 4 on an average lot. Also, the city requires a solid fence if the hives are too close to the edge of your property.

For more information, The Puget Sound Beekeepers Association, which Rogers is a member of, meets monthly to discuss beekeeping and other bee related topics.

0 thoughts on “Urban Agriculture – What’s the buzz around Central District?”