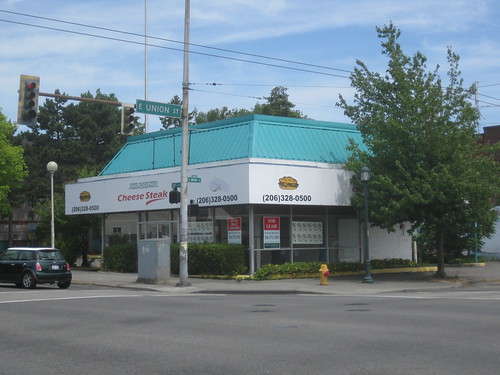 Commenter unreal reality pointed us to the posting on craigslist:

• Located at a Strategic Commercial Corner, in the Path of a New Wave of Urban Residential and Commercial Growth; Including such Projects as The Summit at Madison Park, at 23rd Madison, with a New Safeway and 242 Residential Units.

We contacted David Behar, the listing agent, and found that it’s actually both for sale at $1.45 million and for lease at $30 per square foot. Promotional flyers with additional details are attached as pdf files below.

Talking to some friends the other day, we came to the conclusion that this end of the neighborhood is badly in need of a good diner. Something with tasty but basic breakfasts, lunches, and dinners. Anyone out there with some cooking skills and an entrepreneurial spirit?  As the marketing flyers note: the 2008 census says that average household income in that area is $82,619 a year… 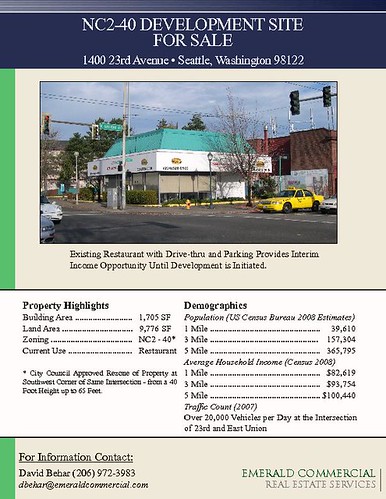 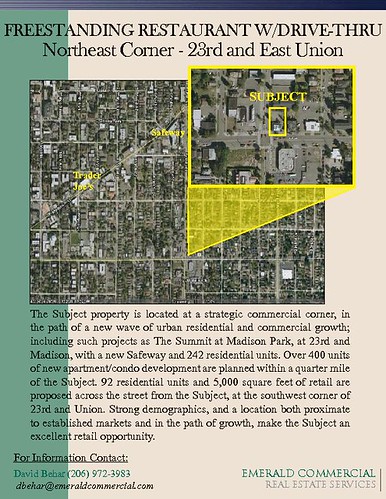