There’s a big fire response at the new apartment building that’s under construction at 19th & Jackson.

A worker tells me that men were on a welding job when some of the black tar paper on the side of the building caught fire. It appears that the welding was in preparation for the addition of balconies to the units.

There’s a significant amount of damage to the exterior along Jackson. Five windows are charred and the paper underlayment is burned. Luckily, unlike a lot of other recent apartment buildings, this structure is all steel instead of wood. Additionally, none of the affected units had any interior finishes yet, which should minimize any smoke or water damage. That should make it relatively easy to replace the windows and tar paper and get construction back under way.

This new building is placed on the old Wonderbread property and has been under construction since 2007. When finished, it will be home to 247 “luxury” apartments and a significant amount of ground floor retail space.

Here’s some additional photos from the scene: 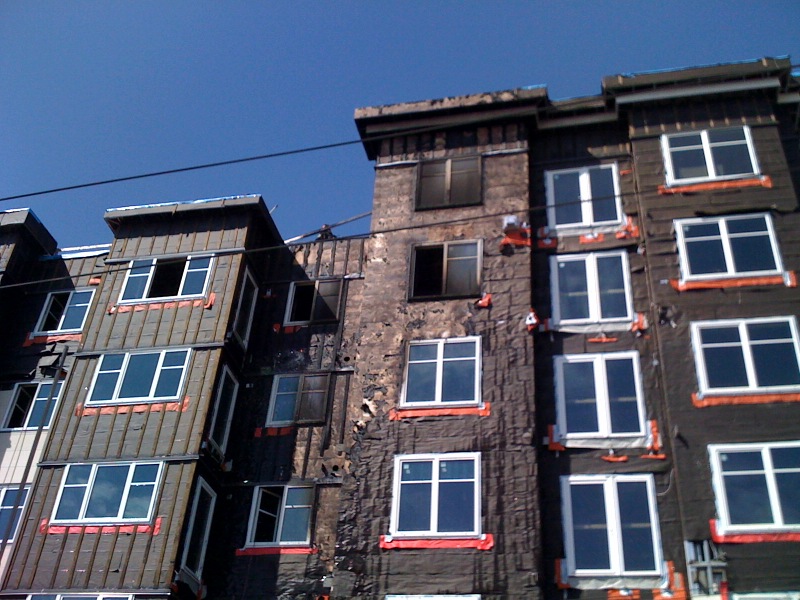 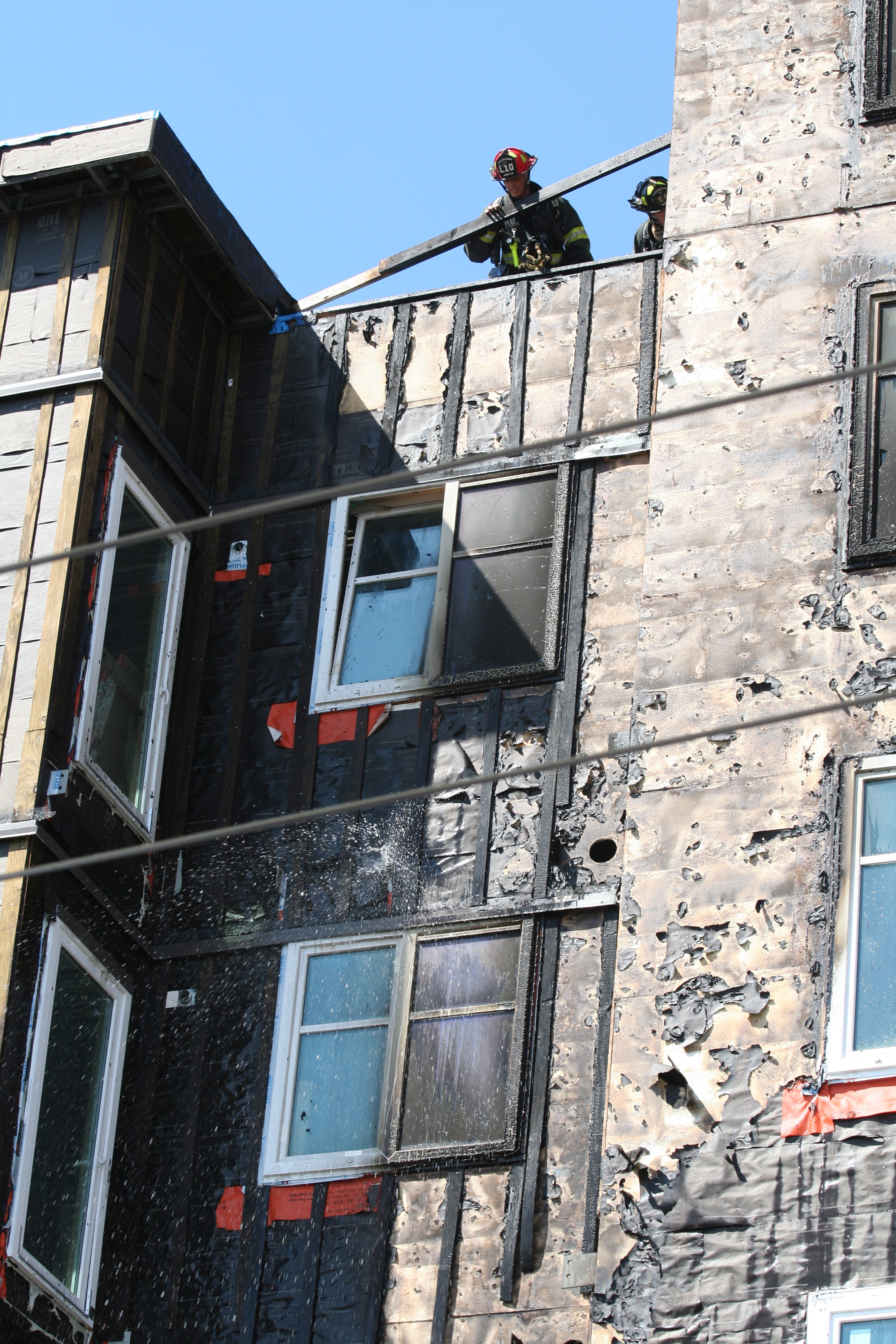 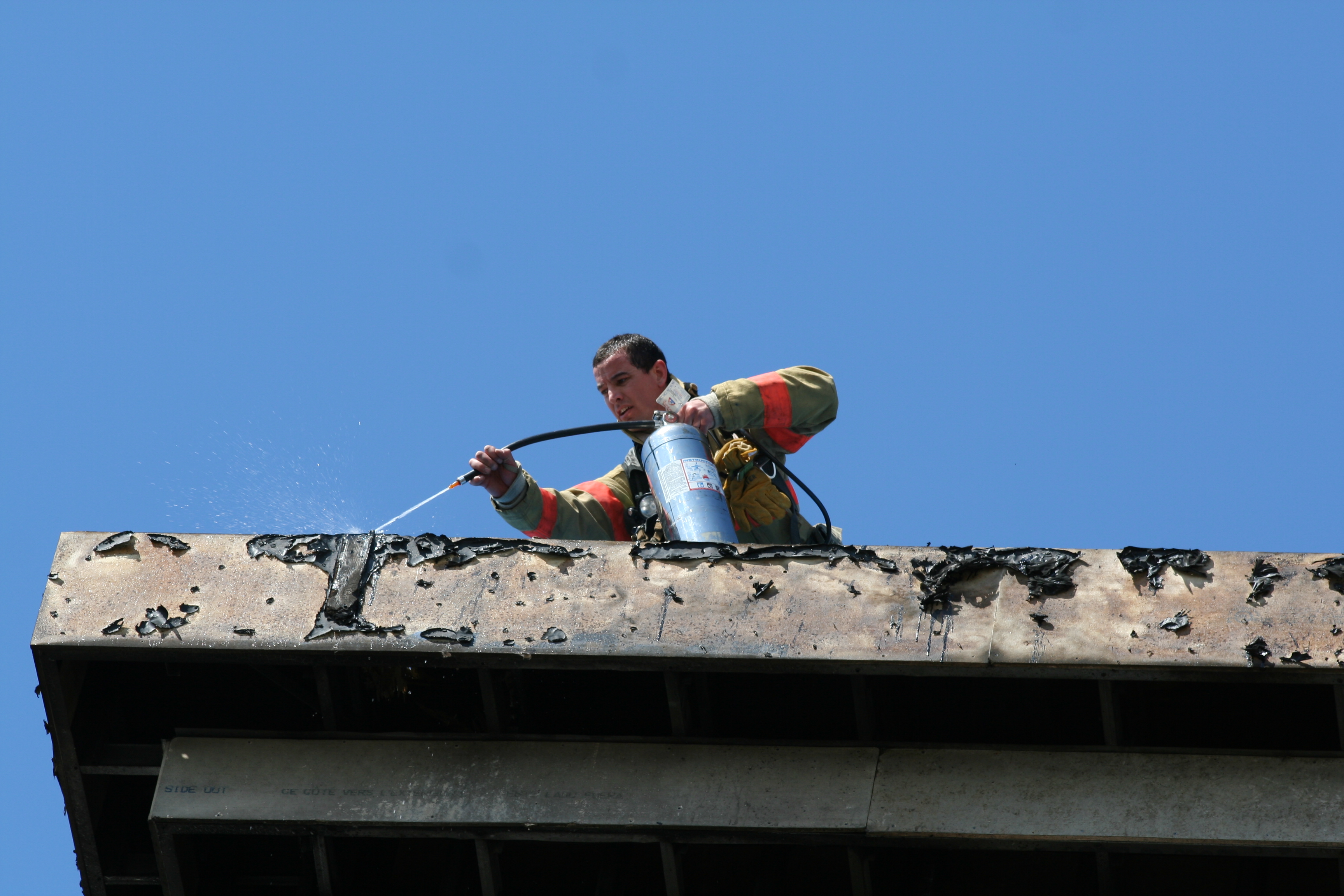 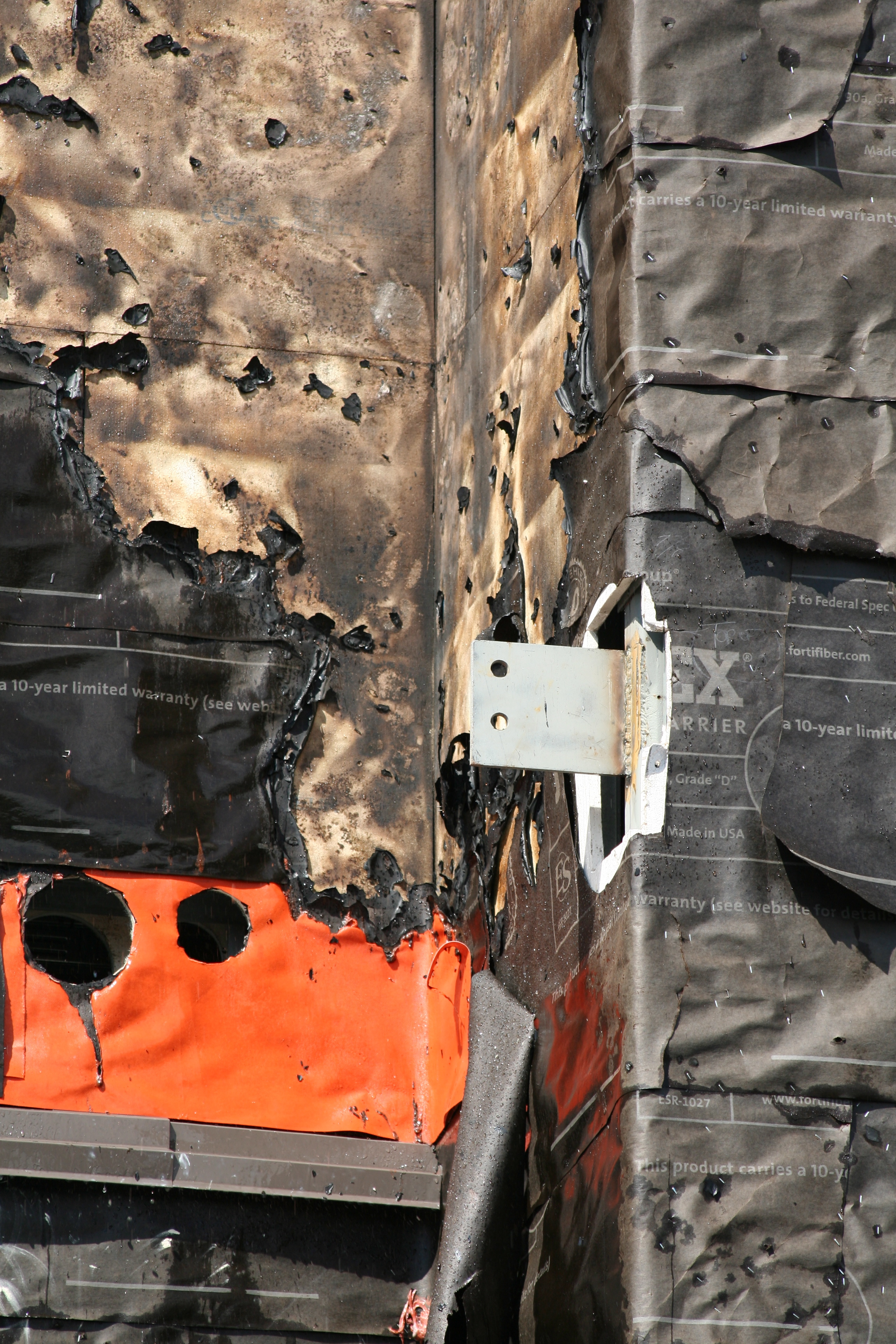 This appears to be where the fire began 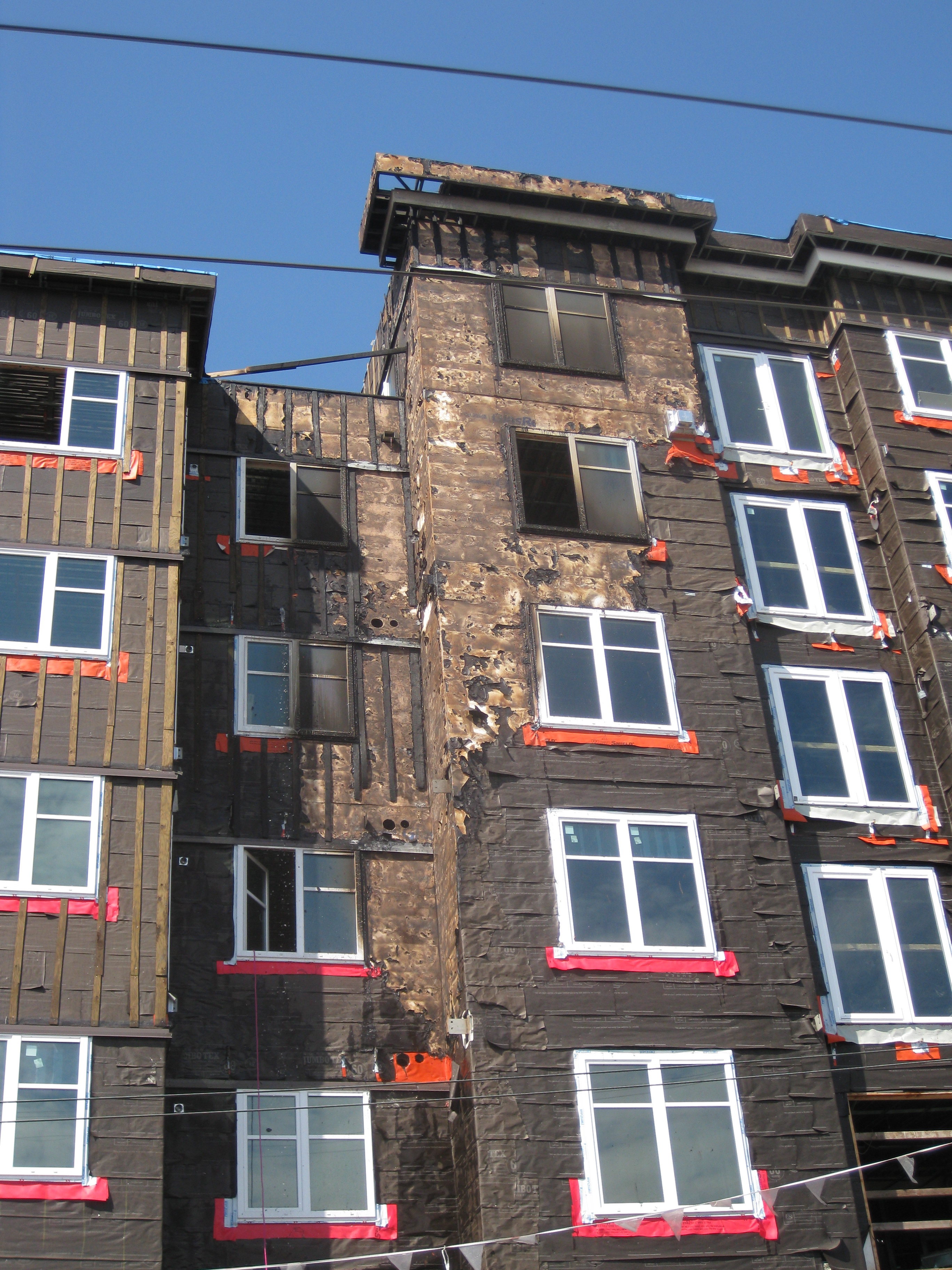 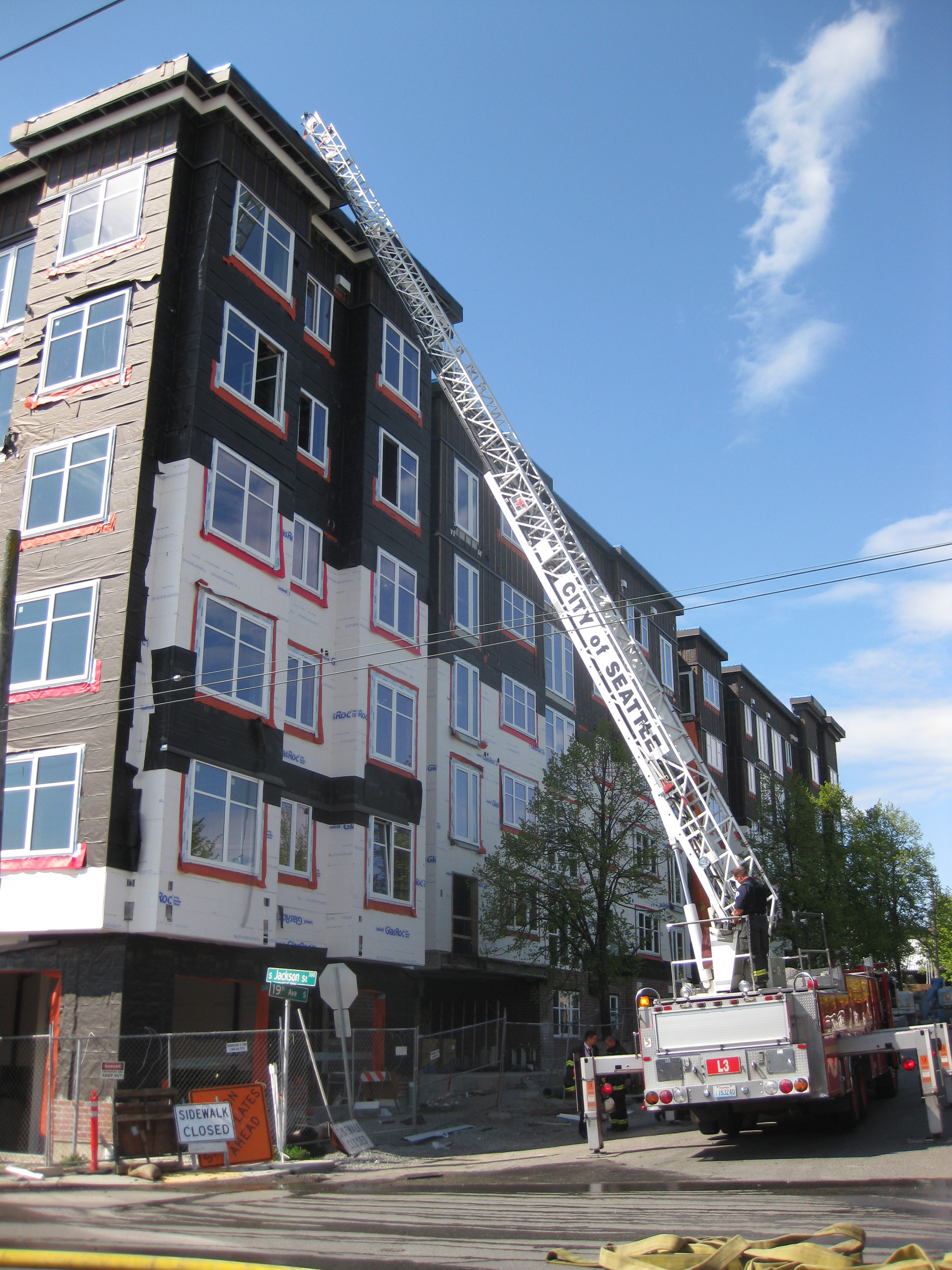 0 thoughts on “Fire in new building at 19th and Jackson”