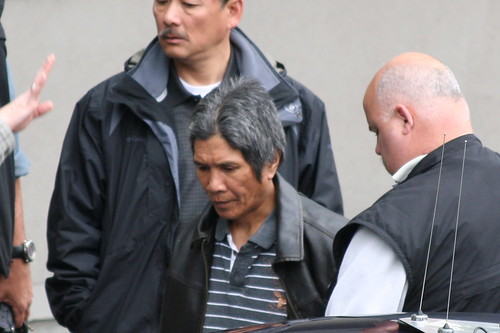 The bank robber who was caught yesterday in the Seattle Vocational Institute parking lot was trying to support a drug habit, and he told detectives that he had already spent all of his loot on drugs when he was picked up less than two hours after the robbery.

According to probable cause documents provided by the King County Prosecutor’s Office, detectives received “an investigative tip” that Ricardo C. Perez might be the suspect in the robbery at Banner Bank at 1420 Madison. A bank teller then picked Perez’s photo out of a montage that was provided by detectives.

An hour later he was picked up by police as he left a relative’s residence in the 2100 block of S. Main St. That is also listed as his last known address in the court documents.

Today bail was set at $150,000. Perez remains in custody in the King County Jail for investigation of robbery. Prosecutors have until next Monday May 4th to file charges in the case.