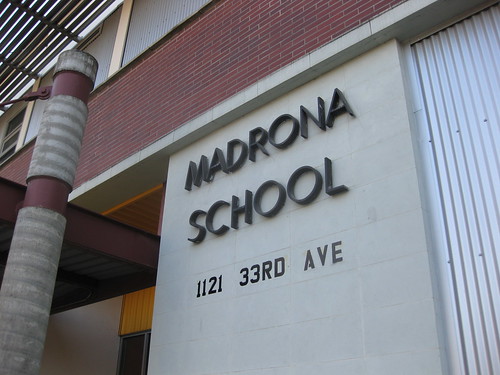 We’ve been trying to avoid the flu stuff that’s been so saturated on TV and elsewhere. But as CHS reported this morning (and as ladye linked to), the story has hit home here in the neighborhood in a pretty big way. Last night public health authorities announced that a Madrona K-8 student had flu-like symptoms. And when school officials found out that the student had been at school last Friday when the symptoms began, they decided to close the school for seven days “out of an abundance of caution“.

Two siblings of that original 11-year old in Madrona appears to have also contracted the flu.

It’s important to say that so far none of the cases in King County have been officially confirmed to be swine flu, and although one child has been hospitalized, all victims are described as “improving” by the public health department.

Based on those new cases, two other Seattle schools are now closed through May 8th: Aki Kurose in South Seattle, and Stevens Elementary on Capitol Hill.

The suggestions given by public health authorities are pretty simple:

We’ll keep tabs on it and let you know if there’s any other impacts here locally. 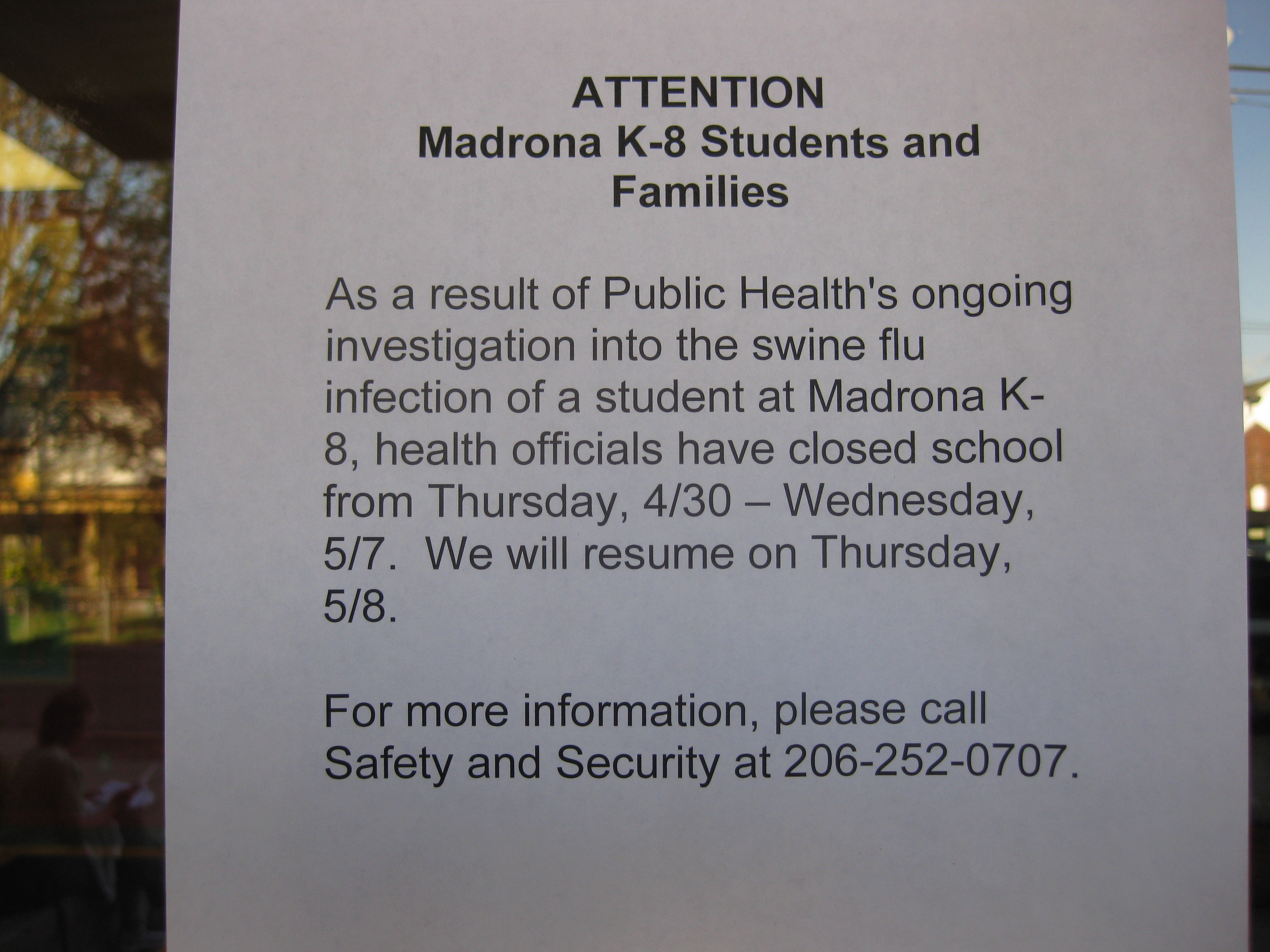